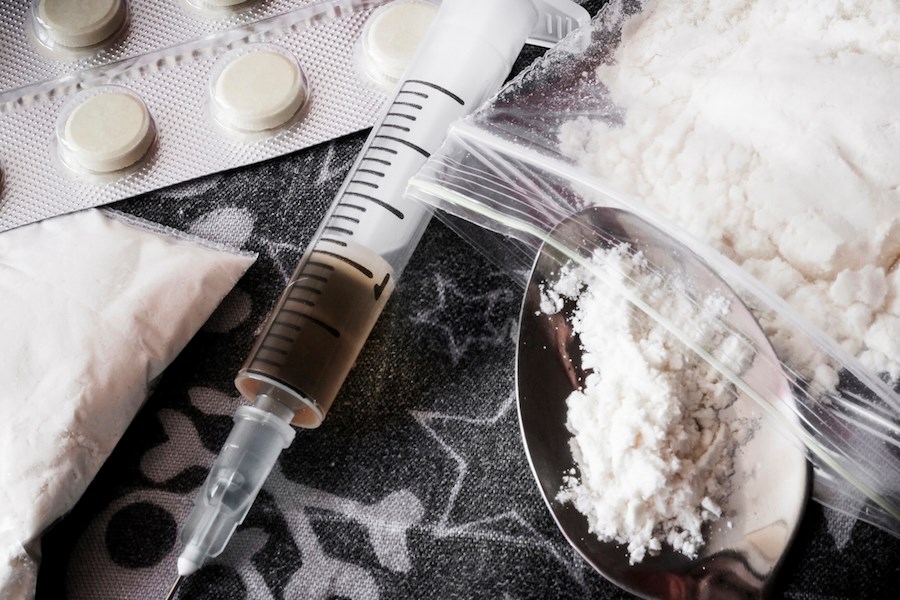 Today (April 28), police unveiled three separate busts in a recent 10-day span involving illegal narcotics that resulted in the seizure of a significant quantity of suspected fentanyl with a combined street value of more than $7,000.

Mounties are becoming more concerned, a news release states, as fentanyl is an addictive and highly potent drug, roughly 100 times more than morphine.

RCMP go on to say the effects of fentanyl are unpredictable and that users have ‘no idea’ the level of purity or the potency of what they take.

“We would like to thank the businesses operating in the Downtown area for their efforts to contact police when they witness a drug interaction or people acting suspiciously in their area,” says Downtown Safety Unit Cst. Amrit Dhadwal.

“We encourage residents and employees who witness hand-to-hand transactions to continue to report this to police, so we can continue our enforcement efforts against drug traffickers in the Downtown core.”

The recent stings are as follows:

A concerned resident alerted the RCMP Downtown Safety Unit after witnessing overt drug use near Canada Games Plaza.

At 1400-block Ninth Avenue, officers found three people known to them from other similar calls, all of whom were arrested after witnessing a hand-to-hand transaction.

Police discovered a quantity of suspected fentanyl with a street value of $3,500, used scales, containers and a phone.

The trio was released pending an investigation.

While on patrol in the city’s centre in an unmarked vehicle, Downtown Safety Unit members saw two people make a hand-to-hand transaction near First Avenue and George Street.

They were arrested for Possession for the Purpose of Trafficking after Mounties found a quantity of suspected fentanyl, with a street value of $300, used scales, cash and a phone.

The suspects were also released pending an investigation.

Near the same intersection as the previous sting, officers pulled over a vehicle that incurred an infraction under the Motor Vehicle Act.

When it was approached, police explain the driver and passengers began to argue with them.

Everyone in the vehicle was subsequently arrested for Obstructing a Peace Officer and a search uncovered large quantities of suspected fentanyl and methamphetamine, worth $3,500 on the street.

One of the men arrested was also involved in the April 14th incident.

Anyone with more information about these instances is urged to call Prince George RCMP at 250-561-3300, anonymously contact Crime Stoppers at 1-800-222-8477 or go online to www.northernbccrimestoppers.ca.