Hanna Petersen
Apr 8, 2021 9:58 AM
Previous Next
1 / 1 Construction for two new apartment buildings is beginning near Mr. PGCity of Prince George
Expand
Previous Next

More housing is coming to the corner of Highway 16 and 97 near the home of Mr. PG.

The city says the local construction boom is continuing behind Mr. PG, where excavation has begun in preparation for the construction of two new apartment buildings that will together provide 137 housing units.

The site, at 2620 Recplace Dr., was sold by the city for just over $2 million earlier this year.

Access to Mr. PG is being preserved during construction via the access road from Recplace Drive or from the sidewalk that runs along the south side of Highway 97.

The sale of city lands already this year have topped $4.1 million as outlined in a report to council on the April 12 meeting agenda.

This meeting also includes an update on 2021 building permits.

The month of March alone saw 35 new building permits issued by the city, worth more than $14.5 million.

He is currently being lit in green in recognition of BC Transplant since April is organ donation awareness month. 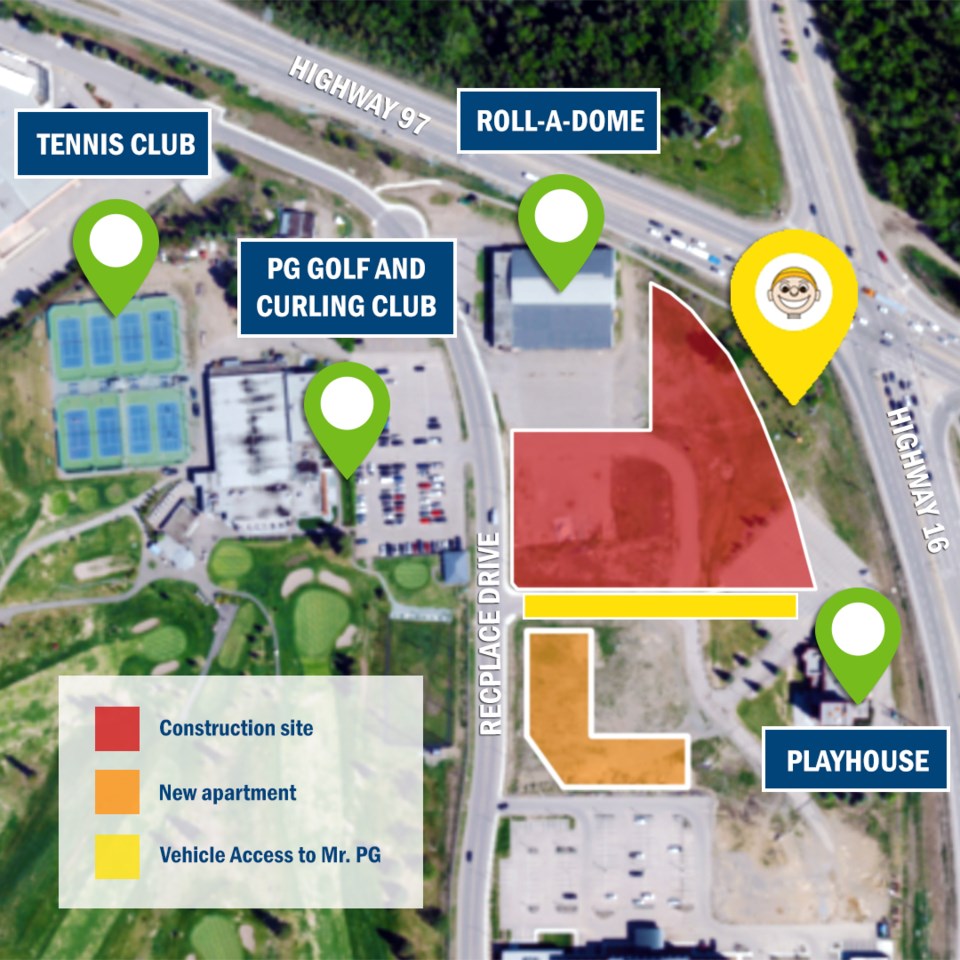 Mr. PG is wearing a hand-knitted scarf to encourage Prince George residents to give
Dec 1, 2020 9:35 AM