Everything you need to know about Mr. PG

Standing at eight metres tall, this lovable landmark has captured the hearts of many people
Sep 5, 2018 7:05 AM By: Hanna Petersen

Mr. PG, lovingly described as an “anthropomorphic assortment of logs” on Wikipedia, is the beloved mascot for Prince George.

At  58 years old and 27 feet tall, Mr. PG has become one of Prince George’s most notable icons. 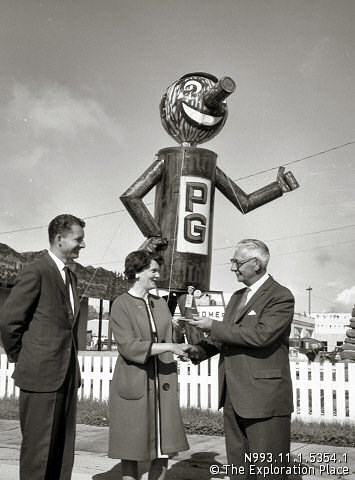 The mythical logman's history began when Harold Moffat, former Prince George mayor and owner of Northern Hardware, came up with the idea for Mr. PG in the late 1950s. 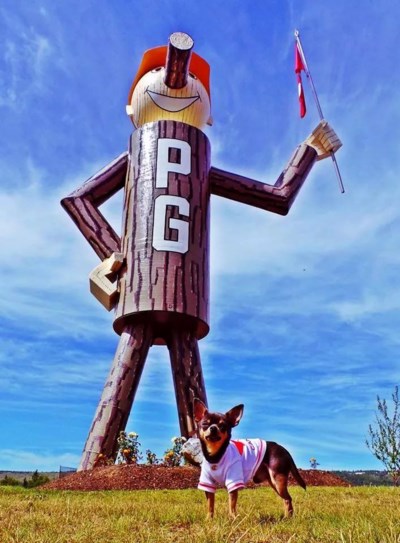 He wanted Prince George to have its own mascot to promote the forestry industry and the city.

Moffat approached local rotation and sawmill owner Hans Roine with the idea and they created the first incarnation of Mr. PG in 1960.

The first Mr. PG was made of actual wood and much smaller than today’s version. He was just one-and-a-half metres tall and stood outside the former Simon Fraser Hotel downtown on Quebec Street, which is currently the Days Inn.

Mr. PG was an immediate hit, and because he was so popular, the city built an 11.6-metre-tall version of Mr. PG to enter into parades around the province.

In 1961, Mr. PG won first place in the Kelowna Regatta and second prize in the Pacific National Exhibition parade. Two years later he gained national attention when he appeared in the 1963 Grey Cup parade in Vancouver.

Mr. PG has even been immortalized in song by Winnipeg children’s singer Al Simmons, whose ballad Mr. PG chronicles Mr. PG’s rise to fame as an iconic Prince George landmark.

“Paris has the Eiffel Tower, Big Ben chimes each London hour, China's famous for its wall, India – The Taj Mahal. The CN Tower may be tall but Mr. P. G. tops them all,” sings Simmons in the first verse of the ballad.

He also sings about the fact that Mr. PG is no longer made of wood. “He's made out of metal but he looks like wood. This statue has achieved legendary status. A wonder of the world you can see for gratis.”

In the '70s, the city rebuilt Mr. PG and installed him at the tourism office at the junction of Highway 97 and 16, where he stayed until the mid-1980s when he was discovered to be rotten.

It was also rumoured that the wooden Mr. PG had been vandalized with a chainsaw. 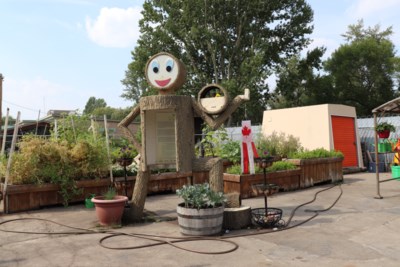 To avoid these problems and immortalize Mr. PG forever, the city then commissioned a steel and fibreglass version.

He is now eight metres tall. In 2012, he moved to the other side of the highway, where he can still be found, near the Prince George Playhouse and Roll-A-Dome.

Mr. PG has inspired everything from toys, t-shirts, postcards, and memes to DIY versions of Mr. PG Halloween costumes.

In 2009, Mr. PG was even made into an official Canada Post stamp as part of the organization's roadside attraction series.

Mr. PG is also a world traveller. Tourists have brought miniature versions of Mr. PG, including the plush toys available at The Exploration place.

Prince George’s one and only faux wooden lumberjack has been photographed at the Eiffel Tower, the Pyeongyang Olympics, the Roman Coliseum and the Smithsonian, to name a few.