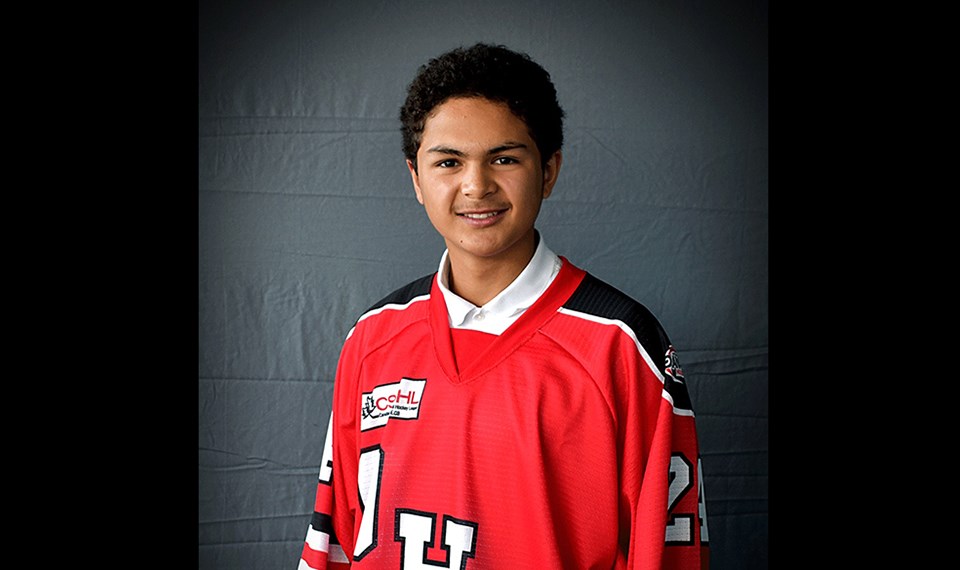 Ben LeFranc is a 2020-21 recruit for the Prince George Spruce Kings. (via Okanagan Hockey Academy)

The Prince George Spruce Kings have added some depth and youthful experience to their blue line next year.

Penticton’s Ben LeFranc is the eighth player to commit to playing in the northern capital for 2020-21, depending on when COVID-19 will allow the season to begin, tentatively scheduled for Dec. 1.

The 16-year-old defenceman just finished his fourth season with Okanagan Hockey Academy (OHA), producing 18 points in 35 games in his 2019-20 campaign, including 12 assists.

“Along with a tremendous work ethic, Ben is a very strong skater and an intelligent player,” said Spruce Kings Head Coach Alex Evin in a team release today (July 27).

“He has a lot of tools to hopefully develop into a really good BCHL player.”

He was also called up to the Red Prep squad in the same year for the playoffs.

LeFranc was also named Most Sportsmanlike Player in his rookie season with OHA’s Bantam Prep team in 2017.

He is listed as the seventh defenceman on the Spruce Kings roster for 2020-21.