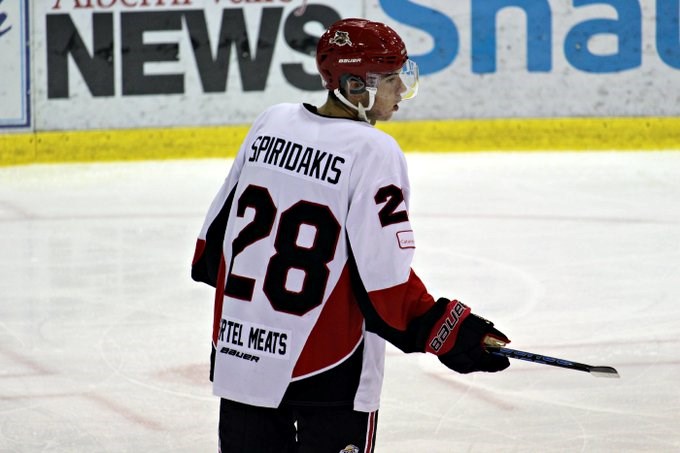 Austin Spiridakis has been traded to the Prince George Spruce Kings ahead of the 2020-21 season. (via Alberni Valley Bulldogs)

Nearly two weeks after bringing on what looked like a strong offensive candidate for next year, the Prince George Spruce Kings have decided to go a different route.

On Wednesday (June 17), the team announced another off-season trade that sent Quintin Loon-Stewardson, formerly of the Battlefords North Stars, to the Alberni Valley Bulldogs in exchange for Austin Spiridakis.

“Although he is only an 18-year-old player this year, he has played two full BCHL seasons,” he said in a team release.

“This will allow Austin to provide leadership and another veteran presence to our group.”

Austin Spiridakis is also a college-committed forward, set to start playing for the Quinnipiac University Bobcats in NCAA Division One hockey in 2021-22.

Spiridakis was recently drafted this past summer by the Springfield Jr. Blues out of the North American Hockey League’s (NAHL) Supplemental Draft, and is a former pick of the Everett Silvertips in the 2017 WHL Bantam Draft.