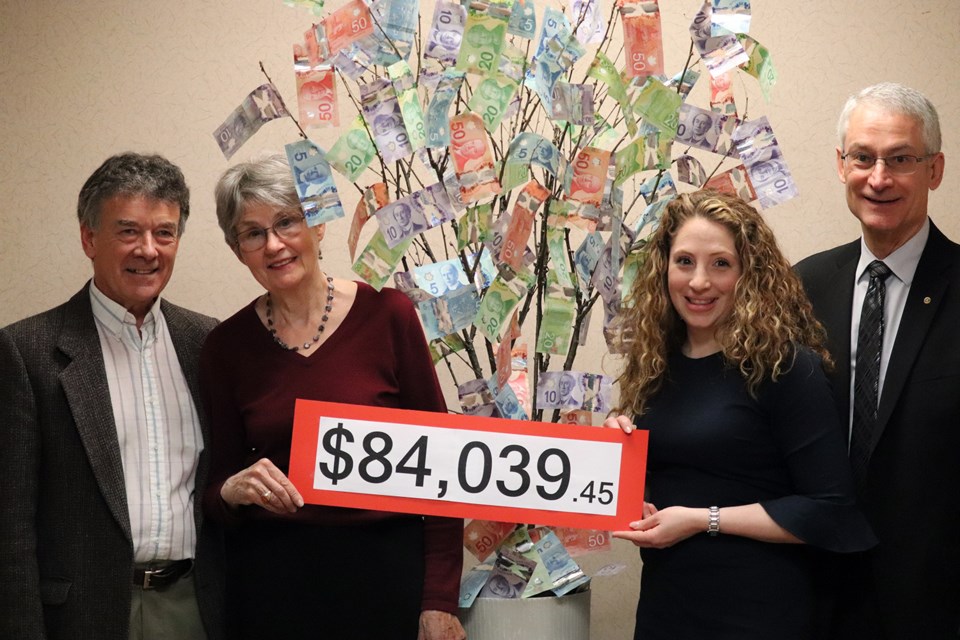 Miracle Theatre’s production of “Halfway There” has exceeded its fundraising goal by $29,000.

The production of the Nova Scotia-based Norm Foster comedy raised a total of $84,039.45, surpassing Miracle Theatre’s goal of $55,000.

Miracle Theatre is run by producer Anne Laughlin and director Ted Price and hosts a production each year to raise money for local non-profits and charities.

Before “Halfway There,” the most money Miracle Theatre raised on a single production was $52,144, which was used for local cancer clinic equipment.

Proceeds raised from this play will launch the new Children of Prince George Fund under the trusteeship of the Prince George Community Foundation.

It will be an endowment fund which will provide ongoing grants to local non-profits addressing the needs of children.

“For us an endowment is a money tree. Every year it grows money to help others. And year after year the tree and its money crop just keep growing more and giving more as others contribute to it,” says Price.

Originally planned for a four-week run, ticket sales for the show were so successful that Miracle Theatre added another five shows, or another week of performances, to the schedule.

Laughlin and Price say many factors aligned to make the project a success.

“On stage, we had five especially talented and seasoned actors working with the right script,” said Price.

“This year the name and reputation of Miracle Theatre reached a tipping point,” added Laughlin. “The first year, fewer people knew who or what Miracle Theatre was. But the penny has dropped that we’re the folks who started and ran Theatre North West for all those years and with our big team of exceptionally capable volunteers, people know to expect good, solid, professional theatre while contributing to a great cause.”

Each season Price and Laughlin donate their services to contract actors from across Canada bring them to Prince George, and lead them through six weeks of rehearsals and performances.

Laughlin and Price say they already have ideas in the back of their mind for next year’s production, but nothing official is in the works, yet.

“On behalf of the Prince George Community Foundation we want to thank Miracle Theatre for this incredible contribution,” says Al LeFebvre, president of the foundation. “We are absolutely humbled by this outpouring of support for Prince George children.”

As far as how Miracle Theatre raised over $84, 000 they’ve reported: