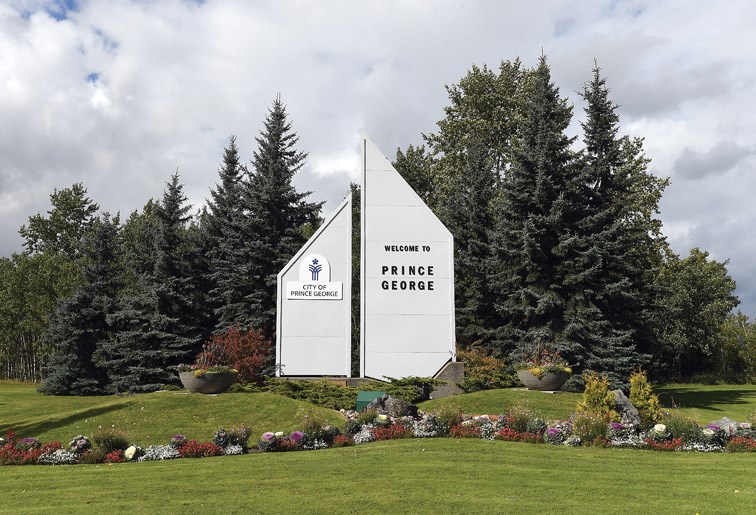 On Jan. 8, city council approved the first three readings of the City of Prince George Nuisance Abatement and Cost Recovery Bylaw No. 8940, 2018. Final approval of the bylaw, usually a routine formality, will likely go before city council at a meeting in February.

The bylaw would create a mechanism for the city to fine the occupants and owners of properties where RCMP, bylaw services and other city officials are frequently called to deal with nuisance complaints.

"The bylaw's negative effects will disproportionately impact marginalized and vulnerable populations, including people who use drugs, people experiencing mental health issues and victims of family violence and harassment. It cannot be justified under any circumstances," Larkin wrote in a letter to city council, dated Jan. 12.

"Women with abusive partners or ex-partners will also be profoundly affected by the bylaw. If a woman is threatened with assault and is deterred from calling 911 because of the proposed bylaw, your bylaw will have put her life and safety at risk," she added. "Women experiencing violence are already at risk of eviction due to the behaviour of partners they cannot control. The penalties imposed by the bylaw elevate that risk, forcing women to make an untenable choice between risking fines and/or eviction for calling 911 and remaining silent at the cost of their personal safety."

In addition, B.C. has declared a public health emergency regarding the high number of fentanyl-related overdoses, she said. Between January and October last year, 999 people died of opioid overdoses in B.C. -including 42 living the Northern Health region, she wrote.

"In the context of a public health emergency, we wouldn't want people to delay calling 911 in an overdose situation and have them subsequently die as a result," Larkin said in an interview with The Citizen. "It's not up to (city) council to decide when they call 911, or how often they do."

The bylaw may potentially violate residents' constitutional rights under the Charter of Rights and Freedoms, she said, by deterring people from obtaining life-saving care.

"I have not seen this type (of bylaw) in B.C. We haven't seen anything comparable," Larkin said.

However, she said, similar laws do exist in some U.S. jurisdictions and the society doesn't want to see the harm they cause replicated here.

Some of Larkin's concerns were echoed in a letter to city council dated Jan. 17 from LandlordBC CEO David Hutniak.

"We are very concerned about the implications of this proposed bylaw on owners of rental buildings, and equally concerned about the potential negative consequences for our tenants, particularly those in more vulnerable populations," Hutniak wrote. "This proposed bylaw is wrought with unintended consequences, including transferring increased costs to landlords that they will find difficult to recoup and, potentially forcing landlords to scrutinize prospective tenants much more aggressively thereby denying housing to a larger base of prospective renters and especially more vulnerable populations."

Increased screening of potential tenants increases the risk landlords could be accused of discriminatory practices, he added.

"The bottom line is it will be more difficult for the citizens of Prince George to obtain secure rental housing," Hutniak wrote. "We therefore urge you to reconsider enacting this bylaw."

Mayor Lyn Hall said the letters, and a report from administration outlying policies for the enforcement of the bylaw, will be considered by city council before the bylaw is considered for final adoption.

"We have no intent to hinder folks that require help or need medical attention," Hall said. "This is about the issue of long-term nuisance properties."

Fines could only be applied to RCMP, fire department, bylaw services or other calls to the site after city council issues an order, not retroactively to incidents before the hearing.

In his report to city council on the issue, city general manager of administrative services Walter Babicz said city staff would only be used in ongoing situations in which city staff believed it was worth bringing the issue before council, not as a response to "one off" situations.

Under the bylaw, anyone who violates it can be fined between $200 and $10,000, plus an hourly cost for staff and RCMP attendance for incidents during the time period of a city nuisance abatement order. The hourly cost ranges from $38 to $111 per hour, plus potentially an additional $10 to $250 per city vehicle involved in resolving the issue.

Prince George isn't the only B.C. city to adopt a nuisance bylaw. Many cities have anti-nuisance and/or anti-noise bylaws.

The City of Courtenay's Bylaw No. 2804 allows police officers, bylaw officers and others to issue municipal tickets for a host of nuisance-related violations.

The City of Campbell River can fine residents between $75 and $10,000 for a number of nuisance violations, including noise, under its Public Nuisance Bylaw 3543, 2014.

The City of Victoria has a strict noise bylaw with minimum fines of $200, and a nuisance bylaw aimed at businesses with an hourly cost recovery system for frequent nuisance complaint calls to businesses.

After three or more nuisance calls to the same property, the City of Surrey's nuisance bylaw allows the city to collect "nuisance abatement fees" for each nuisance complaint call to a property in the next 24 months.

Hall said he's confident in the legality of the City of Prince George's proposed bylaw.

"(City) staff has done an excellent job in preparing this bylaw," he added.