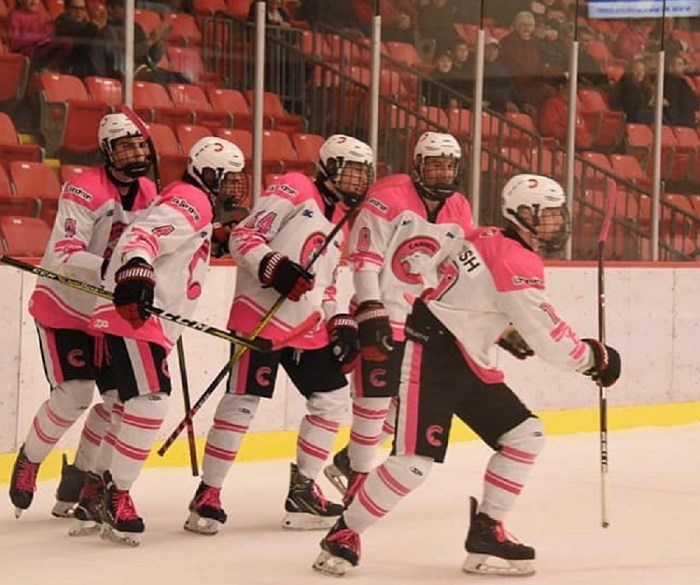 A Prince George hockey product will be an inaugural member of one of Canada’s newest junior ‘A’ teams one province over.

After a breakout season as a 16-year-old, Carter Yarish has turned the heads of the Blackfalds Bulldogs organization and signed with the Alberta franchise on Boxing Day (Dec. 26) for when they hit the ice for the first time in the 2021-22 season.

The ‘Dogs will bring the AJHL back to 16 teams after the Calgary Mustangs took a hiatus in the 2019-20 campaign due to, what were reported as, financial struggles.

The club was eventually purchased and brought to the Town of Blackfalds, located roughly 160 km north of Calgary.

For Yarish, this likely guarantees lots of playing time and for good reason.

While on the Cariboo Under-18 Cougars a season ago, he compiled the second-most points with 49 in 40 games before COVID-19 cancelled the playoffs.

This included 23 goals and 26 assists; the now 17-year-old was tied on the team for most regular-season game-winning goals with five.

Yarish has tallied 12 points in seven exhibition games this year, eight goals and four assists, as his team waits for any potential competition in 2021 in light of the pandemic.

He does have some junior ‘A’ experience on his résumé as he suited up twice for the Prince George Spruce Kings in December 2019 during a weekend home series against Coquitlam.

Yarish was the seventh player to formally commit to the Blackfalds Bulldogs’ first roster.

‘This group has some big plans’: Cariboo Cougars eagerly ready to get back to game-play
Oct 1, 2020 12:15 PM
Comments