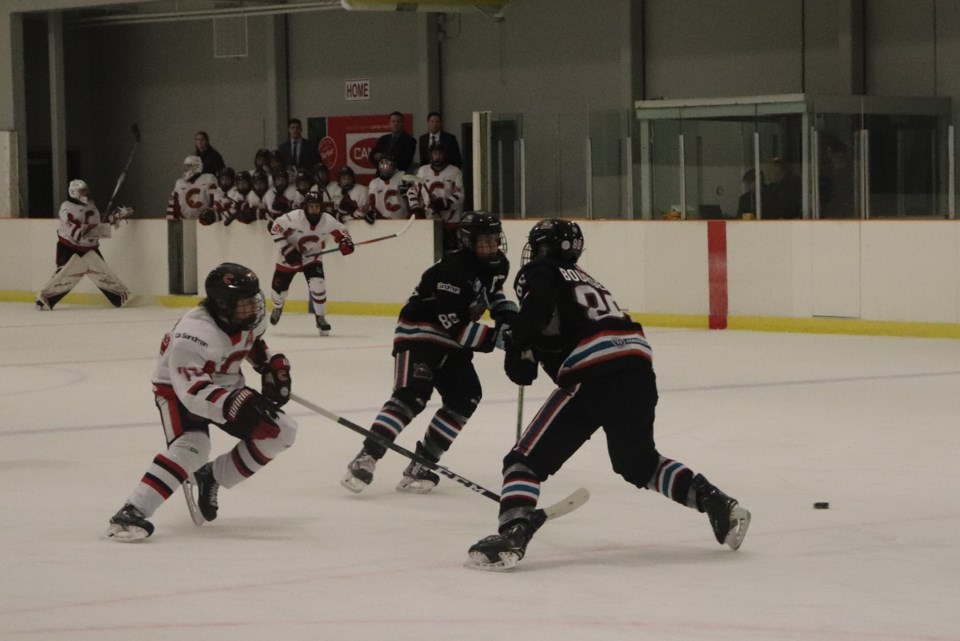 Linden Makow (left) skates for the Cariboo U-16 Cougars against the Okanagan Rockets at Kin 2 Arena during the 2019-20 season. (via Kyle Balzer, PrinceGeorgeMatters)

It’s official! Linden Makow is staying in Prince George for at least the next two years.

The current Cariboo Cougars centre has answered the call to join the Prince George Spruce Kings for the 2021-22 season of the BCHL.

The Vanderhoof product played for the Cariboo U-16 Cougars last year and Kings’ Head Coach Alex Evin believes Makow will be a perfect fit both on and off the ice.

“Linden is a fast, gritty, competitive, and a quality human,” he said in a team release this morning (Nov. 17).

“We believe he has the potential to be a very effective forward in the BCHL and we are glad he chose our program to develop into a future NCAA player.”

He’s played six games thus far with the Cariboo U-18 Cougars, has four penalty minutes and no points.

His current team’s participation in the Cohort Cup in Abbotsford has been put on hold by way of B.C.’s public health order on no non-essential travel in and out of the Fraser Health region.

The Spruce Kings have one more exhibition game left before the shortened 2020-21 season begins, tentatively on Dec. 1.