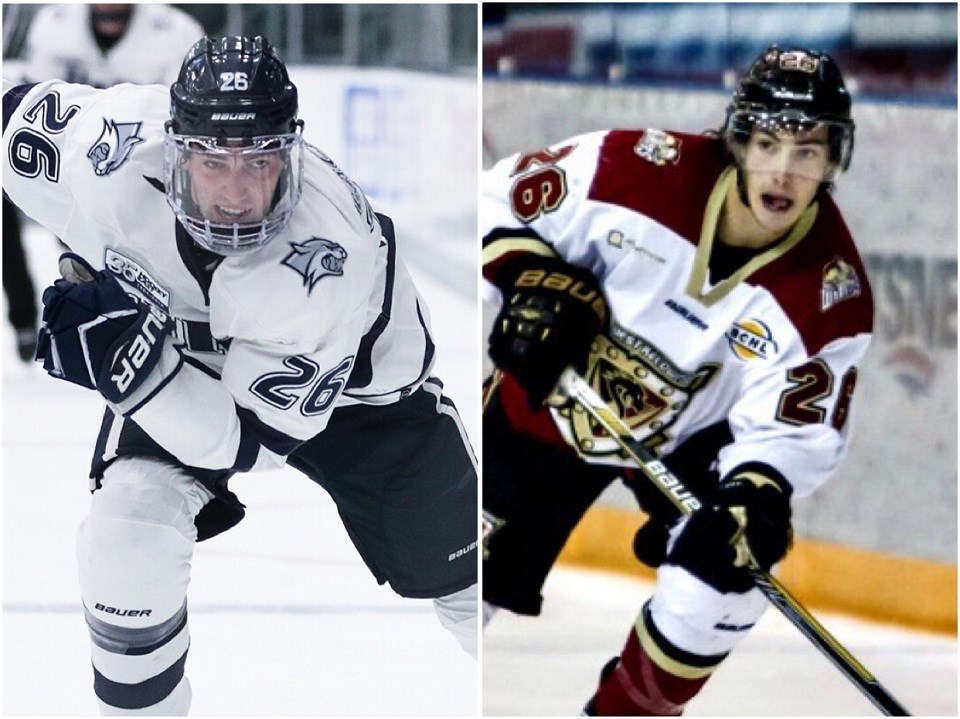 Liam Blackburn of Prince George has signed with Germany's Passau Black Hawks in the country's third-tier of professional hockey. (via University of New Hampshire/West Kelowna Warriors)

A Prince George hockey player is quickly making his way through the professional hockey ranks, albeit on another continent.

On Thursday (Dec. 10), Liam Blackburn leveled up through Germany’s ranks from fourth-tier to third-tier, known as Oberliga, in signing with the Passau Black Hawks.

The 24-year-old forward began his European stint in Amberg earlier this year as COVID-19 is allowing hockey to resume play in some countries overseas, and potted a remarkable 18 points in seven games, including 16 assists.

“I want to thank Amberg for my short time spent here,” Blackburn said in a team release.

“To the fans, for the support they give the team, to the staff for bringing me to such an amazing community and team to play for. To my teammates for always helping me on and off the ice and for being great guys to be around! It’s unfortunate that I have to say goodbye so soon. I would’ve really loved staying and playing in Amberg for the rest of the season, but with COVID-19, that opportunity wasn’t available.”

Blackburn has since made an immediate impact, scoring the 2-1 overtime-winning goal in his Passau debut on Sunday (Dec. 14) just 16 seconds into the extra frame on home ice.

Black Hawks Head Coach Chris Spanger called his newest acquisition a playmaker and claims the former Cariboo Cougar is one of the best players he’s seen in recent years.

“He convinced both athletically and humanly, and was a perfect fit for the team,” he explained.

“Coaches and teammates confirm this as well. For the rest of the season, he would [like to] wish him success."

Before his excursion across the Atlantic, Blackburn found success locally and nationally.

In 2016, he won the Fred Page Cup, Western Canadian Cup and national junior ‘A’ championship with the West Kelowna Warriors

In his one and only full season with his minor hometown team, 2012-13, Blackburn led the Cariboo Cougars with 85 points in 40 regular-season games, including 35 goals.

After graduating from junior ‘A’, Blackburn made his way to the University of New Hampshire for four years of NCAA hockey

Passau is located 170 km northeast of Munich and is known as the ‘three-river city.’