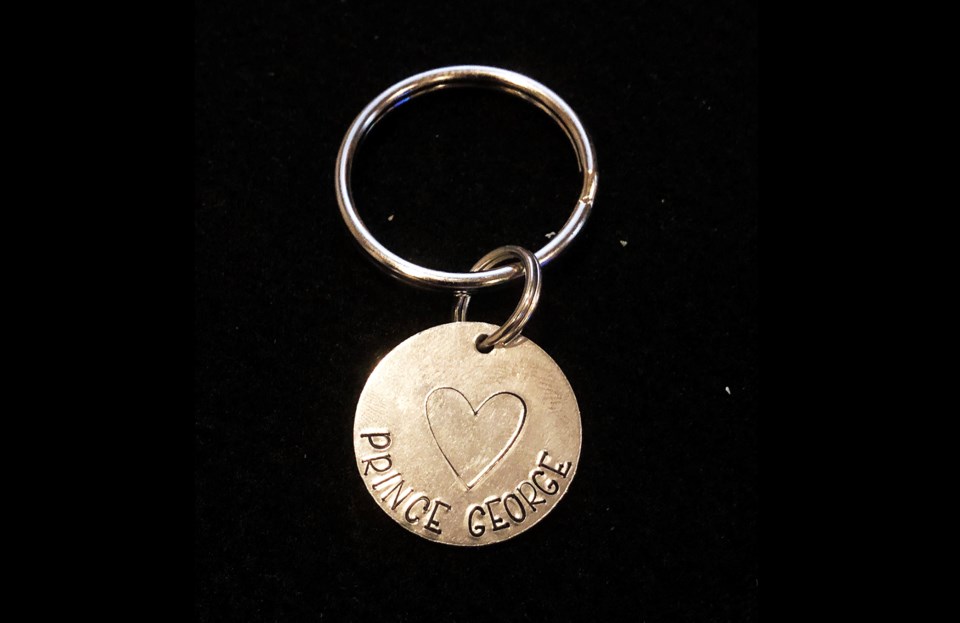 A local woman is helping feed those less fortunate after being inspired by another Prince George movement started two weeks ago.

Carol Hansson says she saw the Hearts of Prince George Facebook page and became inspired to make something customizable, but the money would go to local food banks rather than one central place.

For those who are unfamiliar, Bailey Grose began a scavenger hunt-like game with hearts in windows, where people could show their love for the community while also reminding each other that we're all in this together.

"I hand-stamp each keychain myself, and assemble them," Hansson said of the keychains, which depict a heart and a city name. Some have gone as far as Cuba and Houston, Texas.

Money raised from each city goes to local food banks in that community.

Each chain is $15 and $10 from each sale goes to food banks, which have publically asked for help during the COVID-19 pandemic.

In total, Hansson has sent out 47 keychains in the following cities:

"Shipping is Canada is also included in the cost."

If you want to purchase a keychain, you can contact Carol directly by calling or texting 250-552-8062 or emailing jhansson@telus.net.