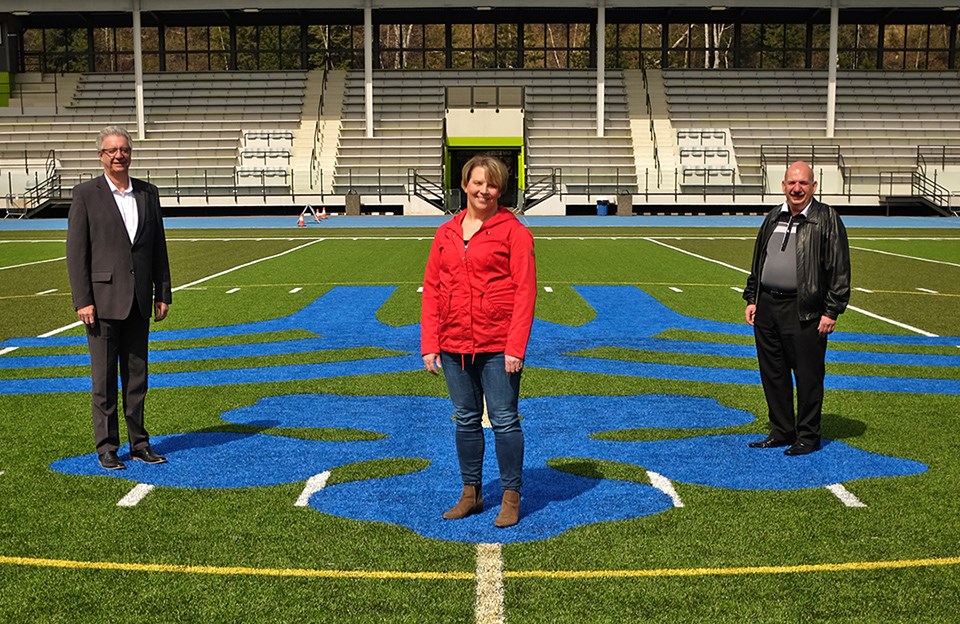 Mayor Lyn Hall with Renee McCloskey, President of the Games Board of Directors; and Selen Alpay, Board Vice-President City of Prince George

The city is one step closer to the 2022 BC Summer Games.

The nomination committee appointed the board of directors who will be responsible for organizing the games.

Prince George resident Renee McCloskey has been appointed board president. McCloskey participated in the B.C. Games in water-skiing from 1983 to 1995 and was a member of the board for the BC Games Society from 2008 to 2014.

Selen Alpay, the owner operator of the Prince George Canadian Tire store, has been appointed vice-president.

“On behalf of council, I would like to congratulate and thank Ms. McCloskey, Mr. Alpay, and all of the newly appointed Board Members for coming forward to serve the community and the Games,” said Mayor Lyn Hall, who is the nomination committee chair.

The BC Games Society awarded the 2022 BC Summer Games to the City of Prince George in 2017.

“The community has a rich history of hosting multi-sport events,” says Alison Noble, President and CEO of the BC Games Society.

The city says the four-day event will bring over 3,500 athletes, coaches, officials, and spectators to Prince George from around the province.

The members of the Board of Directors for the 2022 BC Summer Games in Prince George are as follows: