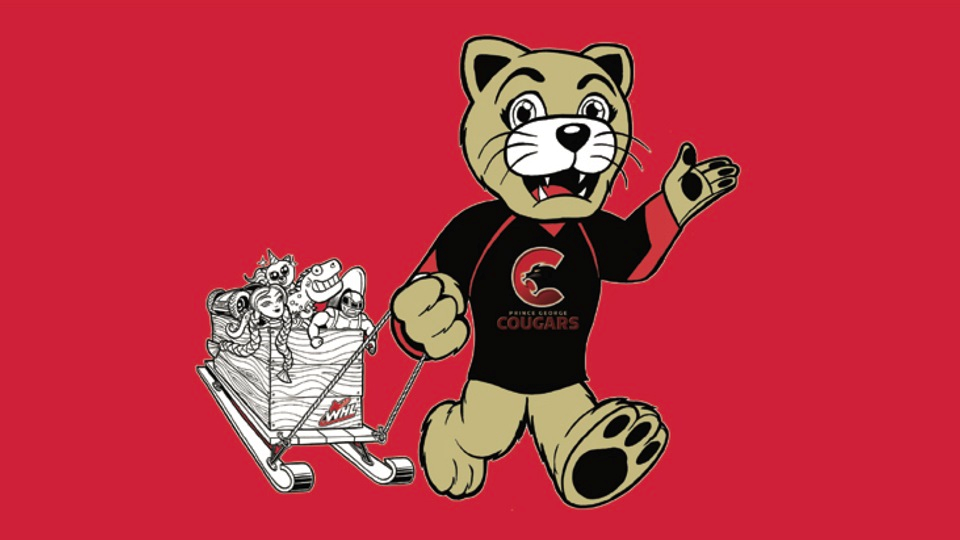 Each year, the Prince George Cougars have hosted a Teddy Bear Toss or Teddy and Toque Toss game.

However, with COVID-19 forcing their next season to tentatively start in January 2021, the annual fundraiser for local charity may likely not take place as it normally would in November of December depending on scheduling.

The Western Hockey League (WHL) has brainstormed a new way of giving back to its 22 communities with an inaugural event that hopes to ensure children can have a memorable holiday.

Prince George’s Rowdy Cat, and his fellow mascot friends, have been animated and placed on t-shirts, smiling with Christmas cheer and pulling a sleigh full of toys for the first-ever WHL T’s for Toys Campaign. 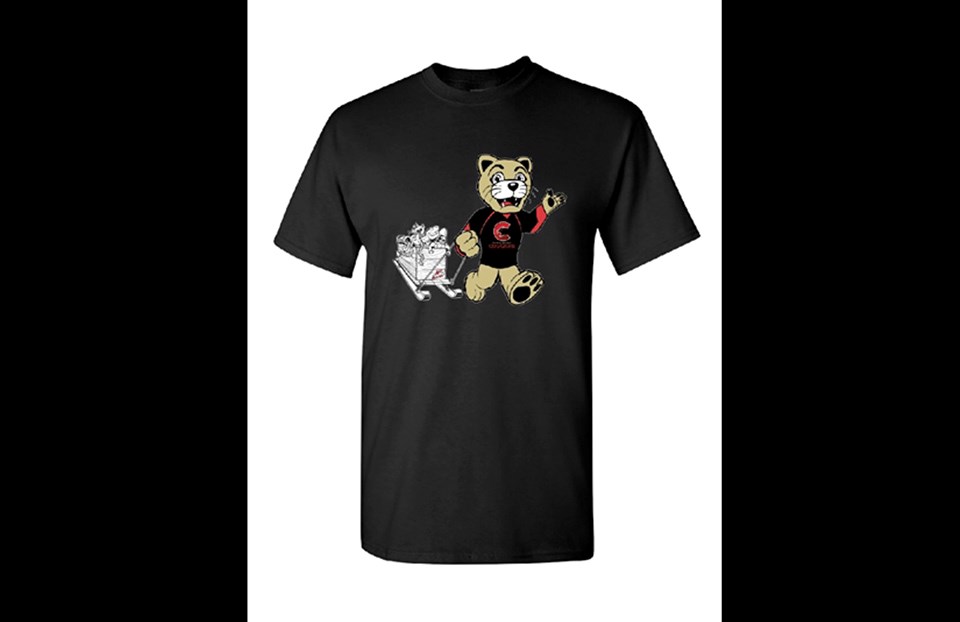 Running now until Dec. 11, the shirts created by the league are available for purchase on the WHL website for $20 each, with $7 of Rowdy Cat’s sales going towards the Salvation Army in Prince George.

“This marks the first time the 22 WHL mascots have joined forces to benefit children in their communities,” the league explains in a news release.

A third day-long hockey camp has been scheduled by the Prince George Cougars
Nov 2, 2020 1:15 PM
Comments