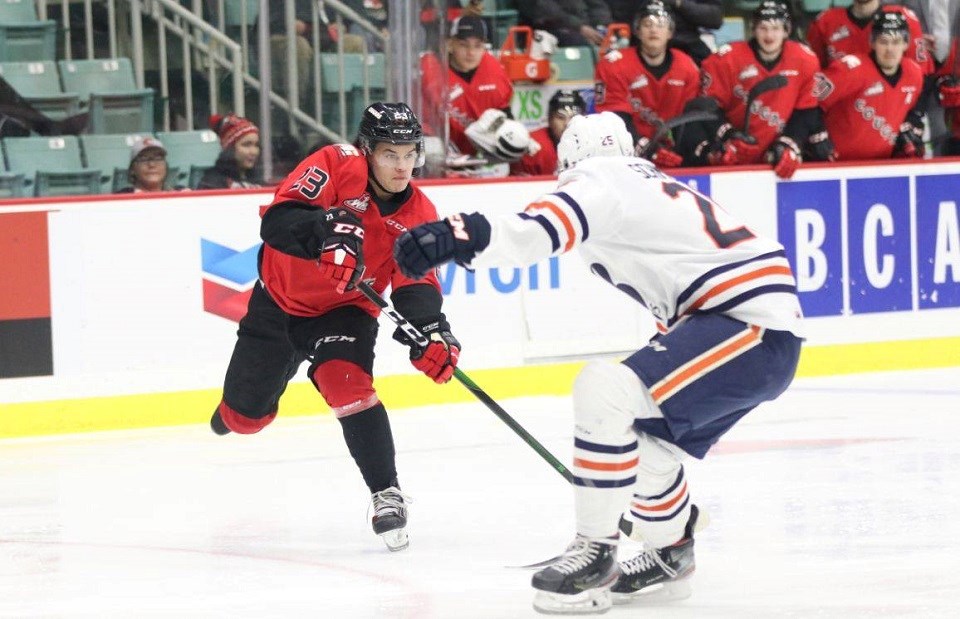 A second Prince George Cougar has been touted for a possible spot on a World Junior Hockey Championship team.

Forward Filip Koffer has been invited to the Czech Republic’s 2021 selection camp roster, putting him one step closer to representing his country on one of the biggest stages of his career thus far.

On Oct. 29, Taylor Gauthier was one of five goaltenders chosen to participate in Canada’s selection camp for the annual tournament, which will be played in the Edmonton bubble starting Dec. 25.

Koffer has been playing in central Europe throughout the COVID-19 pandemic to keep up his skill development in anticipation of the WHL’s return to play on Jan. 8, 2021.

Through six games on loan from the Cougars to HC Stadion Litomerice, part of the Czech Republic’s national tier three level of hockey, the 19-year-old right-winger has one goal and two assists.

He also made his country's senior national team debut last week in the Karjala Cup, an exhibition tournament between the Czechs, Fins, Swedes and Russians, after making its selection camp on Oct. 30.

Last season, Koffer led all Prince George rookies with nine goals and 24 points in 59 games, including three points in the final four regular-season contests before COVID-19 cancelled the rest.

He was taken by the Cougars 10th overall during the 2019 CHL Import Draft.

The Czech Republic have 20 others forwards on its selection camp roster in addition to Koffer, who also attended its summer training camp as part of the World Junior evaluation process.

This is also Koffer’s second go-round at trying to crack the roster for the prestigious event.

He has a consistent record of donning the crowned lion on the international stage, such as the World Under-16, -17 and -18 Hockey Championships.

Camp will start tomorrow (Nov. 11) for the Czechs.

If Koffer makes the Under-20, he could skate in his team's opening contest on Boxing Day (Dec. 26) against Sweden.

If both Koffer and Gauthier make their respective team, the chance of them playing against each other wouldn't be until the playoff round.