The bank account is empty. There are two days left until payday. There are hungry children to feed and only crackers, peanut butter and a can of soup in the cupboard. In 2011-12, this was the reality for roughly one in 10 B.C.
Sep 1, 2016 10:12 PM By: Tara Carman 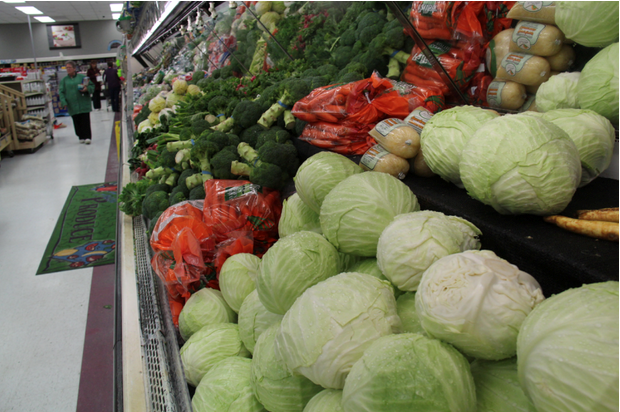 Families in Northern B.C. experience higher rates of food insecurity than people in other parts of the province, a new study has found.Photograph By Jonny Wakefield, Dawson Creek Mirror

There are two days left until payday. There are hungry children to feed and only crackers, peanut butter and a can of soup in the cupboard.

In 2011-12, this was the reality for roughly one in 10 B.C. households, or about half a million people, according to a report from the University of Toronto and B.C.'s Provincial Health Services Authority released Wednesday. Many of those people live in rural regions of the province where there are no food banks. Most have jobs.

And because food and housing prices have increased significantly since 2012 while incomes have stayed relatively constant, experts say there's little reason to believe the situation is any better today.

Food insecurity, in its mildest form, means not being able to afford healthy, nutritious food at certain times of the month. At its most severe, it means skipping meals or just going without.

The report, which used data from the Canadian Community Health Survey collected between 2005 and 2012, found the rate of food insecurity in B.C. was higher for families with children, affecting about one in six of these households. These families were more likely to report poorer health in general and higher rates of anxiety and depression.

Food insecurity was a bigger problem for households in northern B.C., affecting one in six families in the Northern Health region and one in four families with children.

Food costs more in the north because of the distances it has to travel, said Flo Sheppard, chief dietitian for population health at Northern Health.

Northern residents paid a monthly average of $1,032 to feed a family of four a standardized nutritious selection of food in 2015, according to a report released earlier this year by the Provincial Health Services Authority. This compares with a provincial average of $974.

"We've got some communities where the sole grocery store has just closed down, so that will influence food cost as well and not even within the measures of this report," Sheppard said of conditions in the north.

"If you're having to travel 60 kilometres or 100 km to get to your nearest grocery store, that factors into the cost of your food."

The price of a standardized basket of food increased in every region of the province between 2013 and 2015, with the biggest increase in the Interior, at $111, compared with increases of $63 in the Vancouver Coastal health region and $72 in the Fraser Valley.

Not surprisingly, three quarters of those receiving social assistance reported experiencing food insecurity, but they did not represent the majority. Most were earning a salary or wages, noted Brent Mansfield, director of the B.C. Food Systems Network.

Average hourly wages in B.C. increased about 10 per cent between 2011 and 2015, climbing to $23.63, according to Statistics Canada. This, however, only benefits those who are employed and does not account for those on fixed incomes. (Overall household income is measured in the Census, with the most recent data available from 2011.)

Social assistance rates in B.C. have not increased since 2007, while the cost of food, housing and child care continues to climb.

Mansfield described food insecurity as "a significant public health and economic issue" that needs to be monitored over time. He called on the B.C. government to design a comprehensive poverty reduction plan specifically targeting at-risk groups such as single-parent families, families with children, residents of remote communities and those receiving income assistance.