According to RCMP, the trio was arrested after police executed a search warrant at the Dawson Creek home of a well-known property and drug offender after learning of some GPS-tagged property that was stolen on Wednesday (Dec. 16).

After entering the undisclosed residence to collect the stolen items, Mounties found prohibited firearms and various drugs 'in plain view,' including methamphetamines and a production operation for making fentanyl.

A second search warrant allowed police to re-enter and seize the drugs and weapons.

Dawson Creek RCMP explain one of the men arrested was arrested a week prior to this latest incident.

During that arrest, he was found to be in possession of a prohibited firearm, a collapsible baton, fentanyl, and methamphetamines.

Separate charges are expected to be submitted from this arrest and charge approval once the investigation is completed. 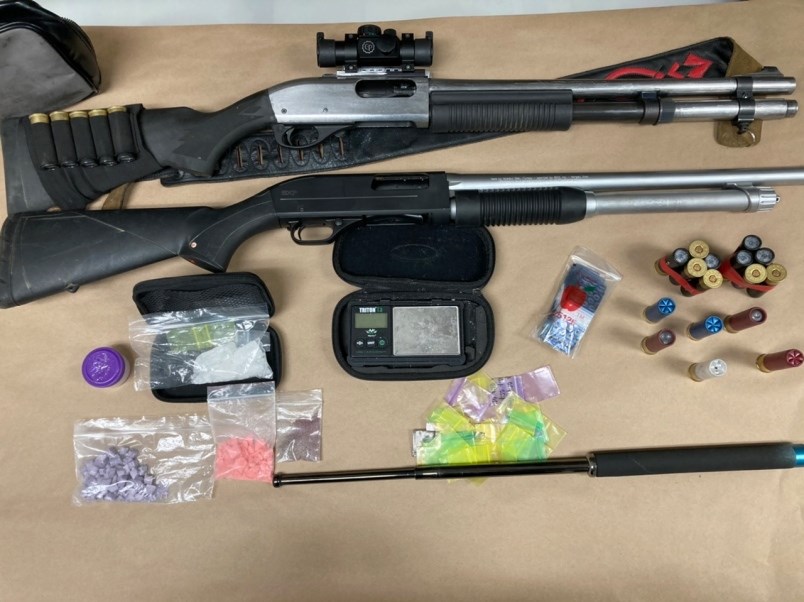 These were the items seized from a well-known property and drug offender in Dawson Creek prior to another seizure on Dec. 16, 2020 / RCMP
Tags:
Reader Feedback

Five guns stolen from Prince George home during break and enter, one recovered in alleyway
Dec 16, 2020 10:35 AM