City council to consider closing meetings to public during pandemic

On Monday city council will consider major changes to the way it conducts business during the COVID-19 pandemic. A ministerial order under the B.C.
Apr 3, 2020 6:03 PM By: Citizen Staff 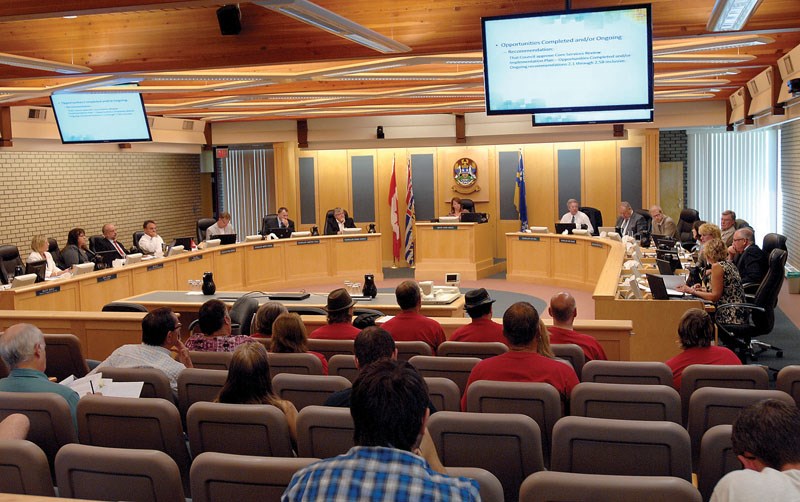 On Monday city council will consider major changes to the way it conducts business during the COVID-19 pandemic.

A ministerial order under the B.C. Emergency Program Act issued on March 26 authorizes city councils to hold meetings by teleconference, accelerate the passage of bylaws and hold meetings without the public in attendance, according to a report to council by city general manager of administrative services Walter Babicz.

"A recent common law decision has clarified that there is no obligation on municipal Councils in BC to provide a public hearing on Development Variance Permit and Temporary Use Permit applications. It is sufficient for the municipality to publish and mail notices as required by the legislation and provide an opportunity for the public to submit only written comments to Council on the application," Babicz wrote. "In regard to Rezoning Amendment Applications, the Local Government Act provides that a public hearing may be waived by Council if the proposed rezoning is consistent with the Official Community Plan.

Public hearings for OCP Amendment Applications may not be waived by Council."

City staff are recommending city council allow all members of council to attend by phone if they want, and only allow public attendance at meetings where public hearings are scheduled. City council meetings will continue to be live-streamed on the city's website, Babicz wrote.

Staff will discontinue scheduling information public hearings and will recommends city council vote to waive any public hearings that meet the legal criteria and are not expected to generate significant public input.

In addition, city staff recommend that all in-person delegations to city council be discontinued.

The recommendations will be considered at city council's regular meeting on Monday, which remains open to the public. However, the city has already put in place social distancing measures in city council chambers and limited attendance to a maximum of 50 people.

• Also on the agenda Monday, city council will consider an application to open a retail cannabis store at 9902 Sintich Road, near the intersection of Sintich Road and Highway 97. The proposed pot shop is in the same building occupied by the PG Liquor Box liquor store.