The former Sears location could turn into a B.C. Cannabis Store

While the process for a B.C. Cannabis Store to open up in College Heights is underway, the Liquor Distribution Branch (LDB) has also set its sights on Pine Centre Mall.

At the Jan. 4 city council meeting, council approved the first and second readings of a rezoning bylaw that will facilitate a provincial cannabis retail store to open at 3055 Massey Dr., which is Pine Centre Mall.

The applicant has proposed to locate the approximately 372 m2 (4000 sq. ft.) cannabis retail store within a portion of Pine Centre Mall, which was previously occupied by Sears.

The LDB selected this location because it is located in a large retail complex, it’s easily accessible to customers and it’s not expected to adversely impact traffic in the surrounding area given its location in an already established retail complex.

The staff report to council states that the store will be “separated from the nearest residential neighbourhood by Westwood Drive and a surface parking lot."

In addition, the retail cannabis store is approximately one kilometre from John McInnis and Peden Hill schools (separated by Pine Valley Golf Course and Ferry Avenue) and over 300 metres from Prince George Secondary School (separated by Massey Drive and a considerable change in topography).

The rezoning bylaw will now have to undergo a public hearing process before it can move to third reading or adoption. 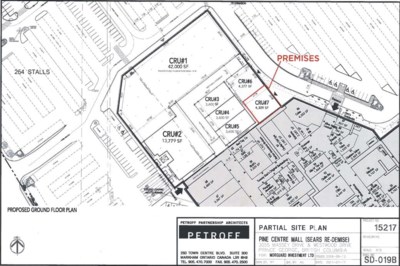 Prince George could be getting its first government cannabis store
Jan 17, 2019 6:35 AM