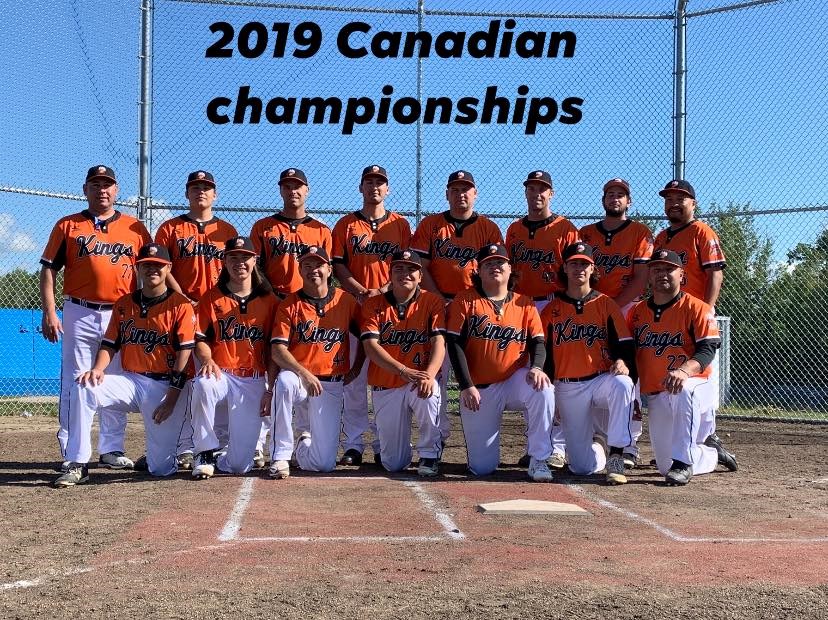 Chad Ghostkeeper put supernatural fear into the Elmira Expos.
Whenever he stood at the plate batting for the Big Guy Lake Kings of Prince George Thursday at the Canadian men's senior fastpitch championship, Ghostkeeper made contact with the ball and got things moving.
He went 4-for-4 with a single, two doubles and home run to lift the Kings to an 8-4 victory over the Expos. Ghostkeeper's line-drive single scored Bo Thomas with the first run and the veteran catcher's second-inning double gave the Kings a 6-1 lead, after Derian Potskin starting the inning with a solo home run.
Thomas took over to start the second inning in relief of starting pitcher Josh Anderson, who allowed four runs on five hits in the first inning. Thomas was nearly perfect the rest of the way, pitching six complete innings without allowing a hit. He gave up just one walk and struck out eight.
It was the first win of the tournament for the Kings, who lost 3-1 to the Grande Prairie Pirates Wednesday night, after dropping  5-4 decision earlier Wednesday to the Irma (Alberta) Tigers.
The Kings (1-3) went on to lose 3-1 to the defending-champion Galway Hitmen of Newfoundland. Thomas tossed a three-hitter and struck out 10 but gave up six walks which came back to haunt him. The Hitmen (3-0) opened with a 9-2 win over the Saskatoon Angels on Wednesday and beat Irma 11-1 earlier Thursday afternoon.
On Friday, the Kings are scheduled to play Saskatoon at 2 p.m. PT, then will take on the Oshweken  (Ontario) Hill United Chiefs at 6:30 p.m. PT.