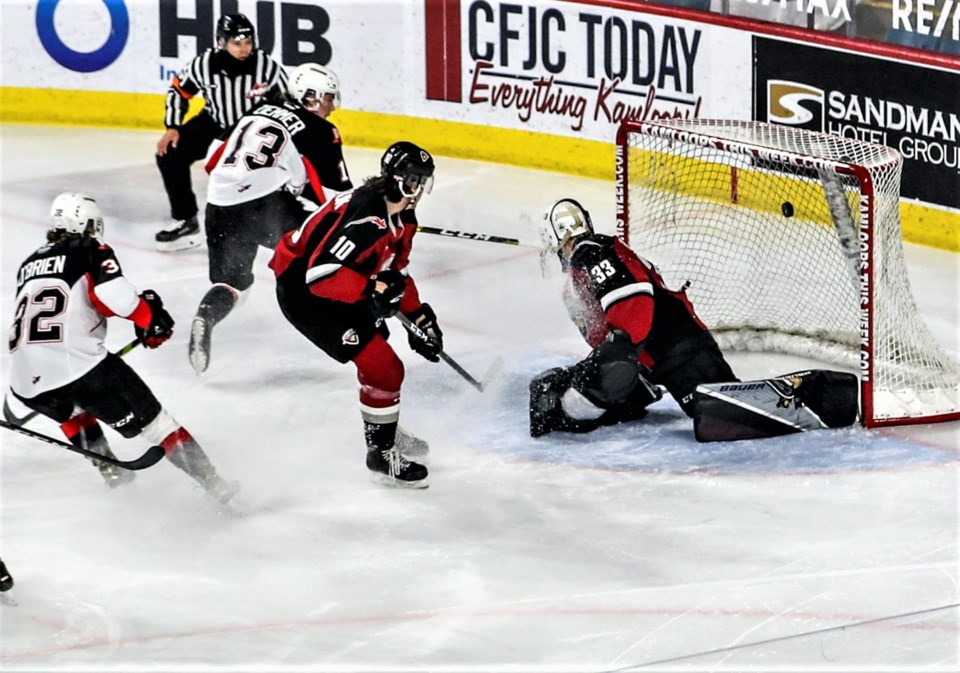 Cougars forward Koehn Ziemmer scores during a game against the Vancouver Giants on May 5. The Cats went on to win 3-0.Allen Douglas

The 16-year-old from Mayerthorpe, Alta. notched 12 points for the Cougars during the 2020-21 season, including a pair of game-winning goals. His nine goals was a team best, and tied for third among WHL rookies.

The Cougars drafted Ziemmer in the first round of the 2019 WHL Prospects Draft.

As a division winner, Ziemmer will be in the running for the overall WHL awards, which will be announced on June 7.