Prince George native has been the toast of Tennessee since his return from injury June 30th
Jul 16, 2021 1:12 PM By: Ted Clarke 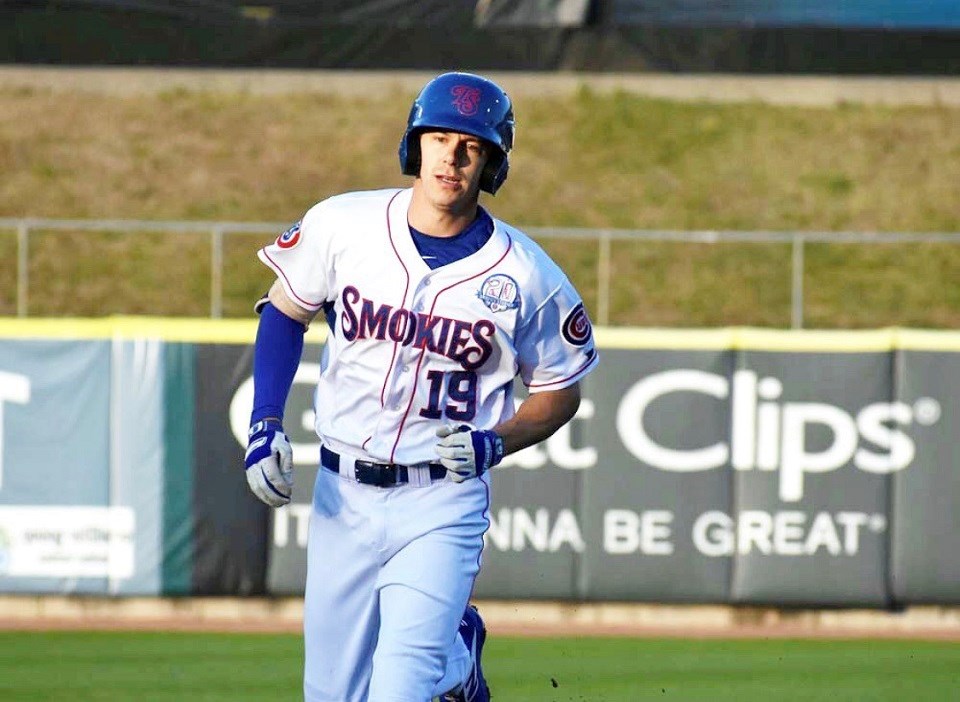 Hotter than a Georgia firecracker.

Jared Young has always been able to hit consistently throughout his baseball career, but lately, ever since his return to the Tennessee Smokies from a shoulder injury, his stats have been touching a sub-orbital void only a Virgin Galactic rocket plane could achieve.

In those 12 Double-A South games, he’s put up 22 hits in 45 at-bats, including eight doubles, two home runs and 14 runs batted in.

Thursday night in Sevierville, Tenn., his first of four hits in the game triggered a come-from-behind 10-2 win over the Mississippi Braves in which the Smokies scored 10 unanswered runs. He ended up hitting 4-for-5 with three RBI to raise season batting average to an astronomical .417 and his on-base percentage to .470.

In other words, just about every other time he strides to the plate, Young is getting on base and he’s been clobbering the ball. His on-base percentage and .650 slugging average combined give him an OPS of 1.12.

Young has never hit better in his four seasons of minor pro and the 26-year-old from Prince George is giving the baseball world a reminder why the Chicago Cubs chose him as their 2018 minor league player of the year.

“It’s a small sample size, obviously, and I don’t want things to tone down and I want to stay hot for a long time,” said Young Friday, from his home in Knoxville. “But baseball is humbling and you kind of just have to go with it and right now things just feel good. I’m in a good place right now.”

Young’s hot bat has been an inspiration to his teammates and the Smokies are 9-4 since he came back after missing nearly two months after he separated his shoulder diving for a ground ball in the fourth game of the season. The Smokies (25-34) are now just 7.5 games back of the first-place North Division Chattanooga Lookouts with 71 games left.

“Coming back, I felt like I had a pretty good attitude, I was like, we got a lot of baseball to play and there’s still time to do some good things this year and I think my attitude has helped a ton with that,” said Young.

“Things have been going well. The more good energy and the more good play you bring, it’s going to bring the best out of my teammates, too. We play the teams in our division so many times in the year because they want to restrict COVID that 7 ½ games isn’t the biggest deal now. That’s two series against the leading team and we play them 30 times.”

Only the North and South Division winners advance to the Double-A South playoff championship - either a three- or five-game series.

Young has walked five times and he’s stolen two bases. He’s only struck out five times in 60 at-bats. He’s the Smokies’ everyday first baseman but had his first game this season Thursday at right field. Wherever he uses his glove, he backs his above-average power at the plate with smart dependable defence.

“I’m playing well,” he said. “I pride myself on being pretty solid defensively so every game I’m going to play as hard as I can.

“This is one of the toughest leagues to play in, I think. There’s a ton of talent and so right now, the fact I’m having some success definitely gives me confidence.”

In this, his second season with Tennessee, Young has gone hitless just once, when he went 0-for-5 on July 9, his 26th birthday. In three games this week in the six-game series against the Braves he’s had seven hits in 15 at-bats. No wonder he’s become a fan favourite at Smokies Stadium.

“The fans here have been awesome welcoming me back, before the game, after the game, when I’m on deck, it doesn’t matter, there will be people saying, ‘Hey, it’s nice to see you back, Jared, go get ‘em.’”

As an alumnus of the Prince George Knights, Young was pleased to learn the U-18 team ranks as one of the top triple-A teams in the province.

“That’s incredible, but it’s not surprising,” he said. “They put in a ton of work.”

The Chicago Cubs are in rebuild mold and there’s always a chance, if he continues to hit well, that Young could get that call up to the majors for a look-see. He shares that dream with his parents, Dana and Randy, his family and friends, and every young athlete past or present who has ever worn a Prince George baseball uniform. But he’s not about to speculate when or if it’s actually going to happen.

“It’s not for me to worry about, I’m just going to pay baseball and let the people whose decision it is make those decisions,” he said. “The more I worry about it and, frankly, the more I think about it, the worse I’m going to do.” Obviously, I think about it once in a while but as long as you’re playing and you’re playing every day somewhere, that’s kind of all you can do.