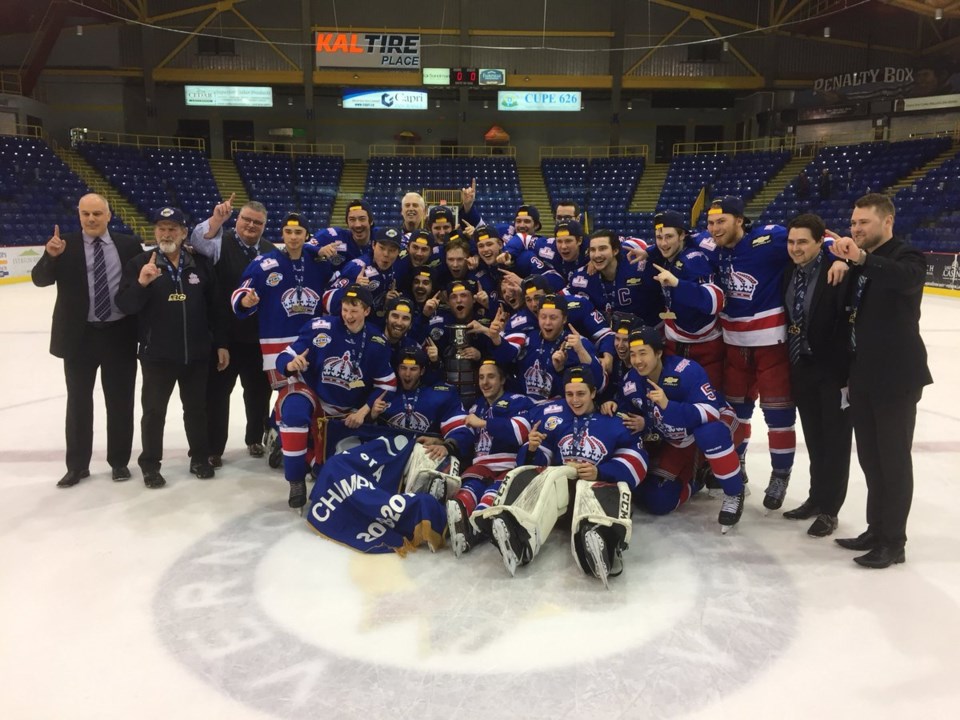 The start of summer is only about a week away and the Prince George Spruce Kings are making plans to get back to teaching kids how to play hockey.

The B.C. Hockey League team announced Friday that registration is now open for the Spruce Kings’ summer hockey school at location yet to be determined.

In other Spruce Kings news, the team is on the lookout for an athletic therapist to replace Joel Walkey, who has left the team. The successful candidate must hold a Hockey Canada Safety Person certification.

Last week the Kings announced a series of trades with other BCHL teams. They first sent 2002-born forward Austin Spiridakis to the Nanaimo Clippers for 2004-born forward Jaeger Murdock. Murdock was then sent in a package to the Coquitlam Express for forwards Austin Fraser (2003-born) and forward Andre Kovacevic (2004).

Kovacevic was subsequently traded to the Chilliwack Chiefs for defenceman Brody Gagno (2002) and his younger brother forward Ty Gagno (2003).

In a later deal, the Spruce Kings acquired defenceman Ian Kern (2002) from the Powell River Kings in exchange for defenceman Zach Gabruch (2001).

The Spruce Kings open the 2021-22 season on the road in Merritt against the Centennials. The three-time defending Fred Page Cup champions will host the Cents in their home-opener at Rolling Mix Concrete Arena on Oct. 15. Training camp starts on Sept. 17, the earliest BCHL teams are allowed to convene their camps.