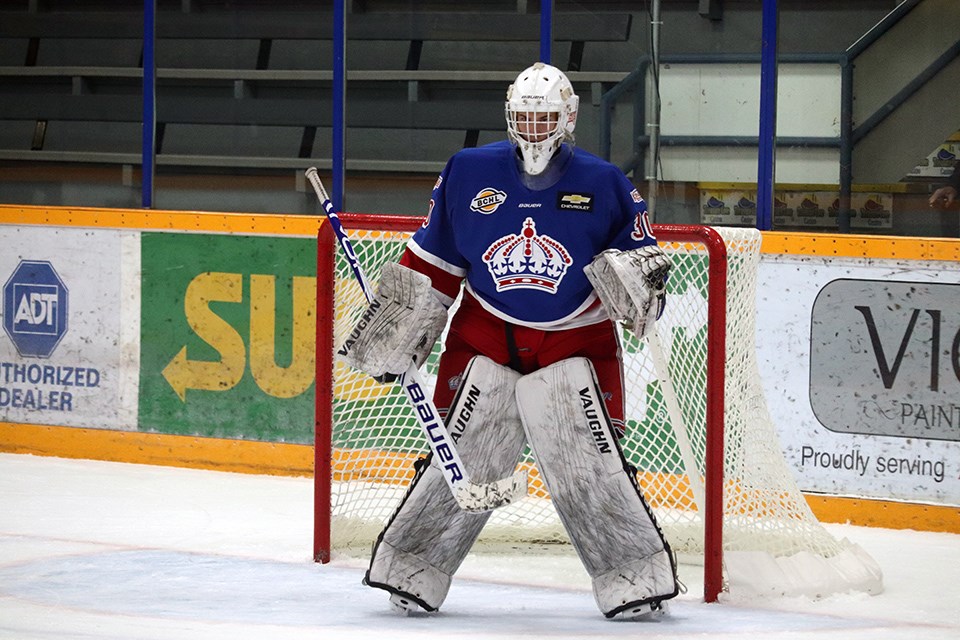 Jordan Fairlie proved a valuable addition to the Prince George Spruce Kings this past season, now the other junior hockey team in town wants to utilize his puck-stopping services.

The Prince George Cougars acquired the WHL rights to the 18-year-old from Fort St. John in a swap of goalies on Monday that sent 18-year-old Jacob Herman to the Swift Current Broncos.

The six-foot-two, 170-pound Fairlie was part of a three-goalie system for the Spruce Kings in their run to the BCHL’s Chilliwack hub season title. He played in seven games and finished with a 5-2-0-0 record with a 2.16 goals-against average, .907 save percentage and two shutouts.

Fairlie, a native of Fort St. John, spent the 2019-20 season based in Prince George with the Cariboo Cougars U-18 triple-A team and put up a 10-7-1 record and 2.47 goals-against average. Prior to that, he was at the Okanagan Hockey Academy in Penticton for three seasons. He signed with the Broncos in 2018 and played in one WHL game in 2019-20

Herman, 18, is a Swift Current native who last season played in the Saskatchewan Junior Hockey League for the Yorkton Terriers. In three games for the Terriers he had a 4.20 average and .874 save percentage. In 20-19-20, The six-foot-one, 176-pound Herman was called from the Swift Current Legionnaires to play two WHL games for the Cougars, compiling a 6.00 GAA and .831 save percentage.