They might have fallen back, or been left behind but instead they were the first. Twenty Aboriginal teenagers were drummed into the Canfor Theatre at UNBC and took turns waving at their families in celebration and graduation.
Aug 30, 2018 10:03 PM By: Frank Peebles 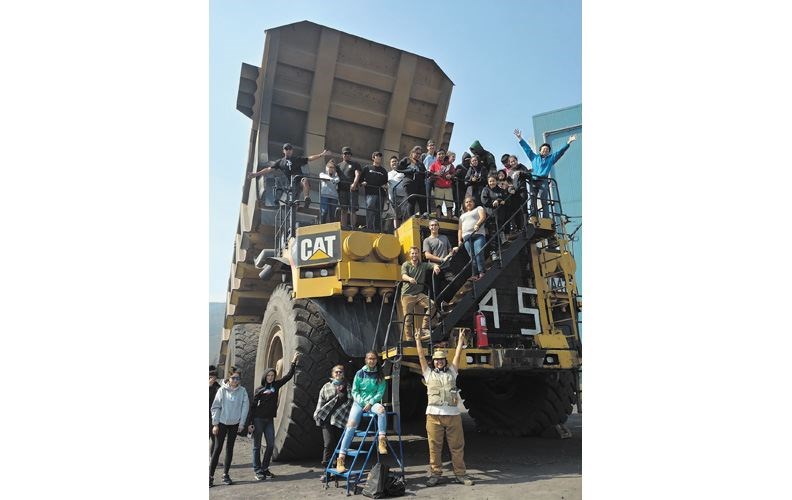 They might have fallen back, or been left behind but instead they were the first.

Twenty Aboriginal teenagers were drummed into the Canfor Theatre at UNBC and took turns waving at their families in celebration and graduation. Instead of a single diploma, they were bestowed with a handful of certificates that mapped out the past six weeks of their lives, living and learning in the wilderness near Prince George.

They were the first ever cohort of the Outland Youth Employment Program (OYEP) West, an Ontario-based youth development agency that has now come to B.C.

"Everyone is going home with this immense stack of paper - real certificates for real work done," said Hamish Black, OYEP West's supervisor. He lamented that it's too bad there was no certificate that could capture the personal growth each of these youth underwent, and that went for the seven program leaders as well.

"We all came feeling alone and no one would like us, and we would miss our families," said Catherine Thomas, co-valedictorian along with Pauline Tom.

"We found out that we were our own little family."

They came together due to a persistent effort by Carrier Lumber's business development manager Derek Orr to bring the OYEP model to this region. Orr first convinced his company to be the first investor in the summer school, and then he set to work attracting other companies and agencies to join the mission. About 30 did so, mostly from the natural resource industrial sector since the learning was focused on land-based trades.

The youth got chainsaw operations training, brush-saw training, WHMIS certification, basic first aid, and tree planting experience, among other modules to prepare them for entry-level work in a range of locally relevant industries. It was an early leg up towards careers in their home territories, across Canada, or beyond.

"Derek saw this opportunity to do something important to really help people in a meaningful, long-term way, without having to reinvent the wheel. The model was already up and running, we just had to bring it to B.C.," said Carrier Lumber company president Bill Kordyban. "We have this need for skilled labour in our industries across the north, and you have these kids available right in our communities, but for a long long time, the way circumstances were for Aboriginal kids, they were going this way (gestures wide to the left) and employment opportunities were going that way (gestures far to the right). How do you bridge that? How do you close that gap for Aboriginal kids and bring people and opportunities together? Derek spotted a way."

As the camp leaders and the youth took turns expressing their experiences and their breadth of learning, both practically and emotionally, the sponsors of OYEP West admitted to feeling moved beyond their expectations.

"Your hands are sore from clapping, your face is sore from smiling, your heart is two sizes bigger, and I just want to cry - and I just met you all - from feeling so, so proud of you all," said Enbridge representative Catherine Pennington. "I know this might affect my job, but I'm going to go on record right here and say next year, we are in. Put us down for another year."

Orr said the plan was to expand OYEP West to include a second year of deeper development for returning students, but in the short term he hoped to have a few of the inaugural class come back next year as leaders for the new set in 2019. The interest expressed by the sponsor companies and the northern First Nations indicated to him that it is already a program they can repeat next summer.

"For many of those kids, it was their first of a lot of things, the first time away from their families, their first time facing challenges on their own, their first time having to form a team with people don't know, and there is strength in those lessons learned as well as the practical course work."