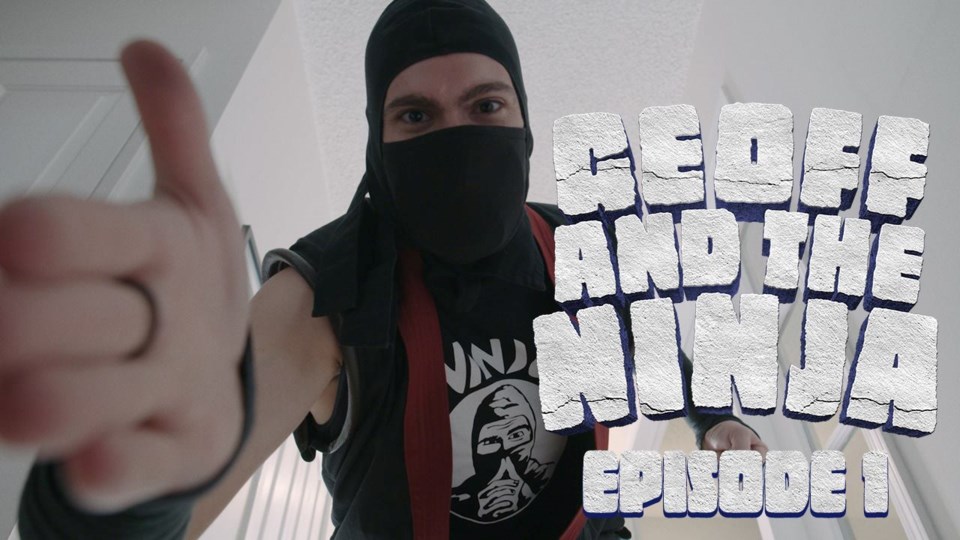 Prince George made sitcom Geoff and the Ninja has finally made its way to the tubes of the internet and Telus Optik TV.

The show, which spans six episodes, is now available for everyone and anyone to consume online.

Geoff and the Ninja was co-created by local Jonathan Chuby and his Kelowna-based partner Jeremy Abbott, and the entire series was produced in Prince George with a mostly local cast and crew.

The show stars Chuby as Geoff and Abbott as the Ninja, and was inspired by the off-beat humour in shows like Rick and Morty.

The sitcom’s plot begins when Geoff’s girlfriend elopes with his boss, leaving him broke, heartbroken, and in the need of a roommate and that's when the ninja enters his life.

Geoff and the Ninja premiered at the Prince George Playhouse on Sept. 29, and Chuby and Abbott also showed the directors’ cut of the series at the Rio Theatre in Vancouver on Nov. 10.

As the series is a Telus Storyhive production, the episodes are now available to watch through the Telus Storyhive YouTube channel and to Telus subscribers through Telus Optik TV.

The episodes are also cross-posted to the official Geoff and the Ninja Facebook page so there are ample places to check out the locally made television production.

But to make your bingeing easier here's a quick link to episodes two, three, four, five, and six.