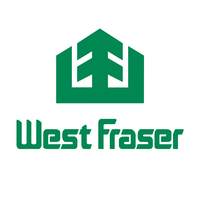 The outcome marks an improvement over a $17-million loss for the same quarter last year and pushed year-to-date earnings up to $107 million, compared to $5 million by the same point in 2019.

Operating earnings added up to $83 million with lumber accounting for $66 million, up from $19 million during the first quarter. The company credited higher prices for southern yellow pine and increased shipments of spruce-pine-fir, offset by lower prices for that type of lumber, for the improvement.

Panel production contributed a further $17 million in operating earnings, up from $4 million during the first quarter as higher prices for plywood were offset by lower shipment volumes for the product, as well as for medium-density fibreboard and laminated veneer lumber.

An insurance claim related to the March 2016 fire at the WestPine MDF plant in Quesnel was fully settled, the company said in the report. It worked out to a further $14 million from the loss of sales caused by the interruption and the loss of equipment.

On the pulp and paper side, West Fraser suffered a $1-million operating loss, down from break even for quarter one, as increase pulp prices were offset by lower net shipments and higher fibre costs.

The company's Cariboo Northern Bleached Softwood Kraft mill was shut down for four weeks due to a lack of fibre and was extended by a further 12 days for maintenance, resulting in a drop of 19,000 tonnes of production.

The company also mentioned that finalization of an administrative review of the softwood lumber duties by the U.S. Commerce Department has been delayed to November 2020. It was originally expected to come out in August.

It means West Fraser will continue to pay a cash deposit rate of 23.56 per cent, instead of the 9.08 per cent suggested in a preliminary review. "The rates that will ultimately be finalized in November may be different," the company said.

Adjusted earnings per share were $1.13, compared to a 25-cent loss for the same quarter last year and pushed year-to-date earnings up to $1.55.