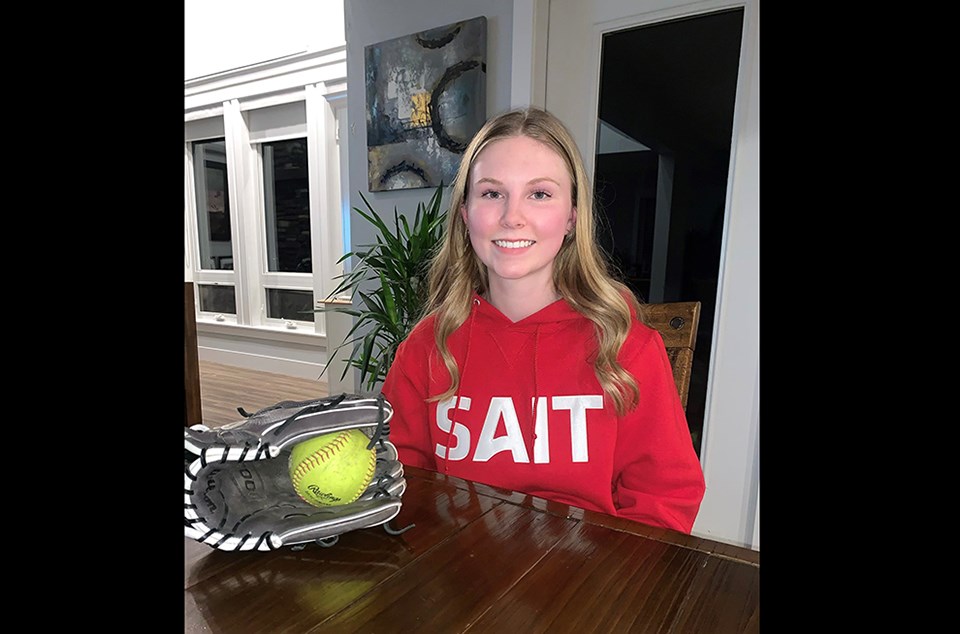 The game may be called ‘softball,’ but she’s ready to play hardball on a bigger stage.

Prince George’s Jordan Maloney has signed with the Southern Alberta Institute of Technology (SAIT), joining the women’s fastball team for the 2021-22 season.

The 18-year-old has been on the diamond for eight years, playing competitively for the Prince George Thunderbirds in various divisions at B.C.’s provincial ‘B’ level.

During that time, she’s been known for her speed around the bases on offense, but says she strives to be a better well-rounded athlete everyday.

“I spend my free time training or working out,” Maloney explains in her recruitment profile.

“Throughout the years I have been told by my coaches that I am a very hard working person who shows a lot of care for the game. I like to be a leader and push others around me to get better as well.”

Maloney’s contributions to the T-Birds over the years, sans 2020 due to the COVID-19 pandemic, have included:

Maloney also respresnted the Cariboo-North East region at the 2018 BC Summer Games, finishing fourth in the Cowichan Valley.

“Jordan is a versatile player preferring outfield but can easily be utilized in many different positions,” said General Manager and Head Coach George Edwards about his newest recruit, who’s also played third base and catcher in previous seasons.

“The SAIT Trojans fastball team is an excellent program playing in one of the most competitive College Fastball Leagues in Canada.”

Maloney has also been a multi-sport athlete as she hit the ice with the Northern Capitals for two seasons.

In the classroom, the soon-to-be Prince George Secondary School graduate hopes to become an ultrasound technician.

The Trojans' best season was in 2011 when they claimed silver after losing the championship match to the University of Saskatchewan.