A grinning velociraptor sculpture the greets visitors at the Exploration Place Museum + Science Centre faced off against vandals over the weekend. It happened sometime over the course of four days, between Friday and Monday, a release said.
Apr 19, 2016 10:27 AM By: Citizen Staff 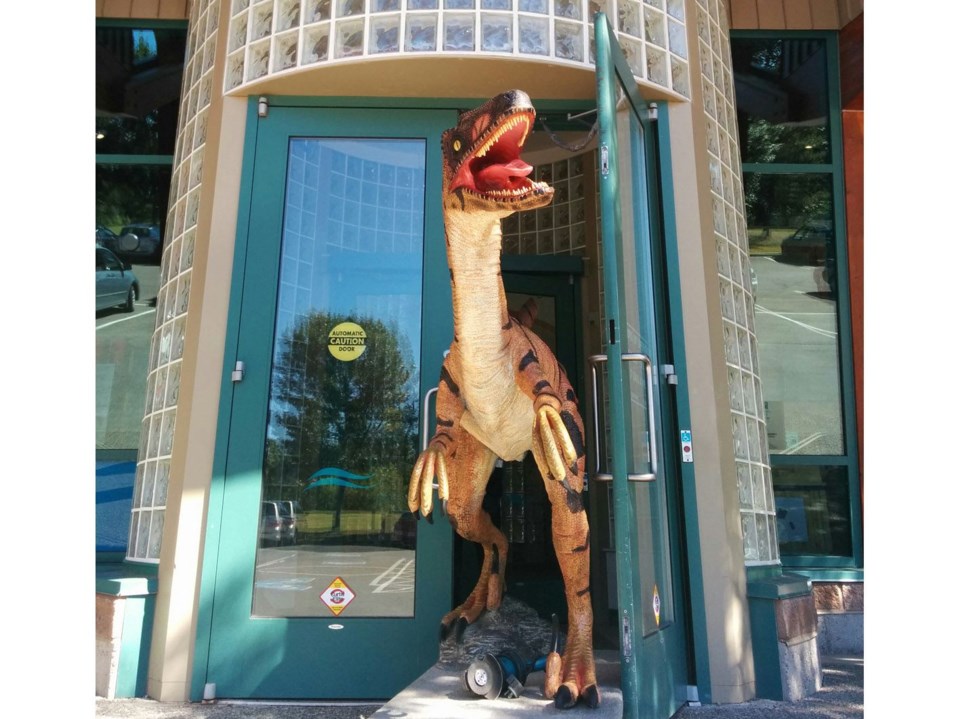 A grinning velociraptor sculpture the greets visitors at the Exploration Place Museum + Science Centre faced off against vandals over the weekend.

It happened sometime over the course of four days, between Friday and Monday, a release said.

Evidence shows the thieves planned their attack on the garden's creature, the museum said, bringing wire cutters for the fencing and folding over the tops of the frost fencing for ease of access.

"I will never understand why people target community charities like the Museum for theft and vandalism," said Tracy Calogheros, CEO of the museum in a statement Tuesday. "Our velociraptor was minding his own business in the Explorer's Urban Garden this weekend but someone felt the need to try and steal him. When they couldn't remove him, they destroyed him."

The dinosaur was too well anchored for them however and they resorted to simply bending and breaking it when they couldn't get it out.

The museum said the vandal or vandals left their mark on the structure, which holds a price tag of well over $1500.

The velociraptor was intended as a connecting feature for the garden to the museum, offering visitors a chance to take selfies with him while they learn about urban gardening, the museum said.

It's not the first time the garden has been targeted by thieves. In past years, people have stolen produce and equipment and damaging plantings.

"It's very frustrating," said Calogheros. "Our Fort George Explorers work so hard on their garden and everyone loved the dinosaur. We will do what we can to repair the damage these creeps caused, but that is time away from other projects that we need to be working on here at the Museum. It's not as though we have extra manpower or money just lying around."

The museum said it has reached out to contractors to deal with repairs to fencing. It may add razor wire for protection.

Prince George RCMP is asking anyone with any information to contact them.