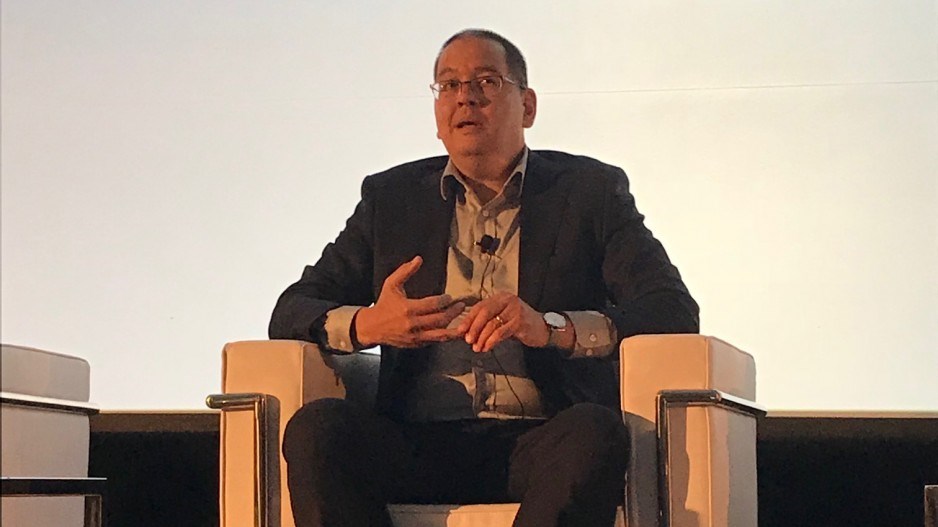 Mark Podlasly, economic lead for the First Nations Major Projects Coalition, will emcee forum on the opportunities UNDRIP may present for industry. (via Glacier Media)

TC Energy Corp., the company building the Coastal GasLink pipeline, recently affirmed its commitment to offer First Nations along the pipeline route an equity position of up to 10 per cent in the pipeline, which is part of the $40 billion LNG Canada project.

But raising the capital needed for a 10 per cent stake in a $6.2 billion project will require big banks, which typically don’t like uncertainty.

Will they be willing to loan First Nations hundreds of millions of dollars in a province that has begun the process of enshrining the United Nations Declaration on the Rights of Indigenous People (UNDRIP)?

There are concerns, especially among extractive resource industries, that UNDRIP may make it harder to do business in Canada and raise financial risks.

The biggest concern is a clause in UNDRIP requiring “free, prior and informed consent” of indigenous people for any development in their territories. Some First Nations have interpreted that clause as a veto.

Others have gone to great pains to explain why the “consent” in UNDRIP is no more a veto than the “consent” described in any number of landmark aboriginal rights and title court decisions.

Mark Podlasly, economic lead for the First Nations Major Projects Coalition, said UNDRIP is only one part of an evolving landscape, in which First Nations are increasingly becoming active partners in major projects, like mines, pipelines and LNG projects.

Podlasly will emcee of a forum next week that will include several First Nation industry associations taking a deep dive on UNDRIP and the opportunities it may present for resource industries.

“Many First Nations in the country now are moving towards wanting participation in major projects, be it pipelines, transmission lines, power generation facilities, utilities,” Podlaskly said. “If a First Nation is a minority partner in an equity situation with a thing like a pipeline, they effectively become co-proponents. It reduces the risk. It’s easier for a First Nation to support a project if they are a partner in the project."

“That will make it easier to raise money, not just for the First Nation, but the entire project. UNDRIP is a piece of that, and it will not make things harder. If anything, it will make things easier, depending on how the structure is put together.”

“I think that it should create more certainty for the financial world,” she said. “Some groups think that they can use this as a veto, but I don’t think so. I think it was spelled out when it was first announced that this is not a door for indigenous people to veto any projects.”

Ogen-Toews will be one of the speakers at the Jan. 14 Finding the Path to Shared Prosperity being hosted by Resource Works.

The First Nations Major Projects Coalition, the First Nations LNG Alliance, and Canadian Council for Aboriginal Business will be among the groups participating in the forum.

In December, the B.C. government passed Bill 41, which will require all statutes in the province to become aligned with UNDRIP.

But UNDRIP is not a law or treaty per se. It is more of an over-arching mission statement intended to shape policies and laws with respect to aboriginal rights and title.

And while B.C. may be the first government in Canada to formally enshrine UNDRIP, others will follow, Podlasly said, so it’s not as if B.C. will be at some kind of disadvantage.

“UNDRIP is the world standard,” he said. “It’s the way things are going to be done between indigenous people, companies and governments going forward, and not just in Canada.”

For more information on the Finding the Path to Shared Prosperity forum, visit undrip2020.ca.