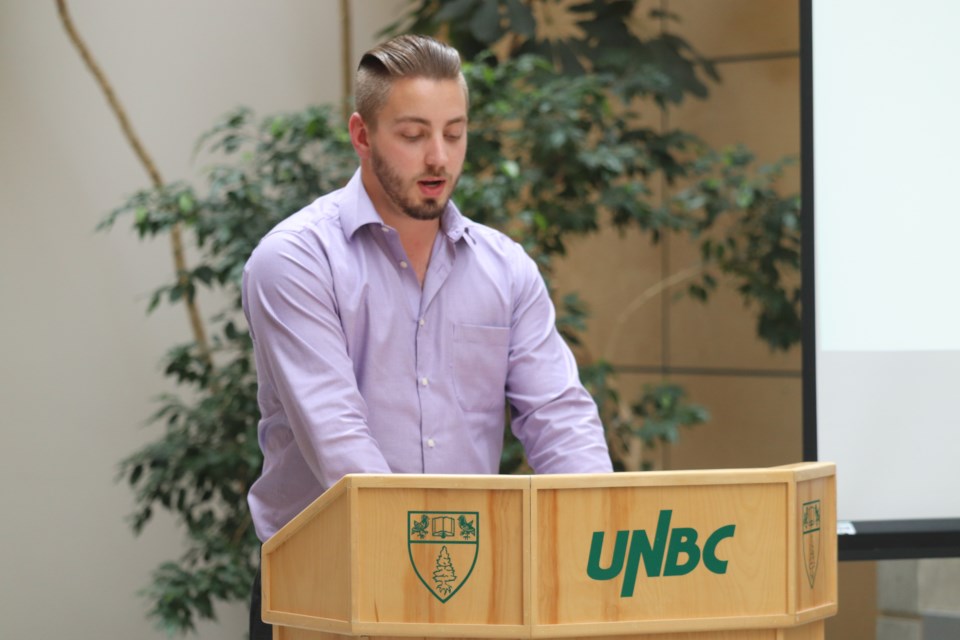 That’s thanks to a partnership that pairs up university students and local businesses. The students deliver carbon footprint analyses for the local businesses and make recommendations on how they can reduce their footprint.

It’s called the Chamber Carbon Action Project and is a partnership between the University of Northern British Columbia (UNBC), the Prince George Chamber of Commerce, and CN. 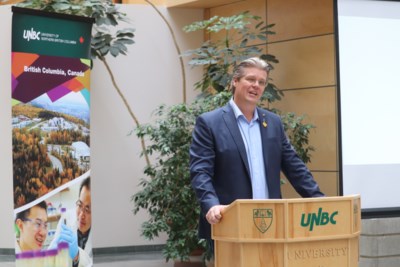 Dr. Dan Ryan, Provost and Vice President Academic, University of Northern British Columbia. (via Hanna Petersen)
CN has funded the project for five years for $163,688, and announced at UNBC today (June 24) it’s committing to funding the project for another two years, until 2021, for an additional $59,410.

“The primary objective of the project is to give carbon footprint analysis to local business volunteers,” explains Barbara Otter, grants administrator for the Prince George Chamber of Commerce.

She says students from a carbon energy management course interact directly with one of the local businesses to creates a carbon footprint analysis from information such as utility bills, employee commuting records or shipping bills, and make recommendations as to how the business can reduce its operating expenses through reduced alliance on greenhouse gases.

“We’ve had 46 businesses have carbon footprints done with recommendations on how to reduce their reliance on fossil fuels or become more energy efficient and we have had five different businesses become carbon neutral.”

Otter says the program is also beneficial for the students because the can apply the theory they use in the classroom to active job skills.

“It’s a way of getting the community to think in a different matter and it’s also measurable data,” says Otter. “A lot of people want to do the right thing with the environment but unless it’s measurable they don’t always want to go for it. “

Hannah Renaud, who is in her fourth year of her Bachelor of Arts in Environmental and Sustainability degree, took the course in the winter semester and says it was an incredible experience.

“It’s been one of my favourite courses in university,” says Renaud who is now also the carbon intern at the chamber of commerce.

“Partnerships such as these are vital to creating a cleaner and greener community and the experience and knowledge our students gain from working to reduce the carbon footprint of local business will have a lasting positive impact,” says Dr. Dan Ryan, UNBC’s Provost and Vice President Academic, who attended the announcement.

Otter also noted that businesses who would like to become involved in the project and reduce their carbon footprint can get in touch with the Prince George Chamber of Commerce for more information.