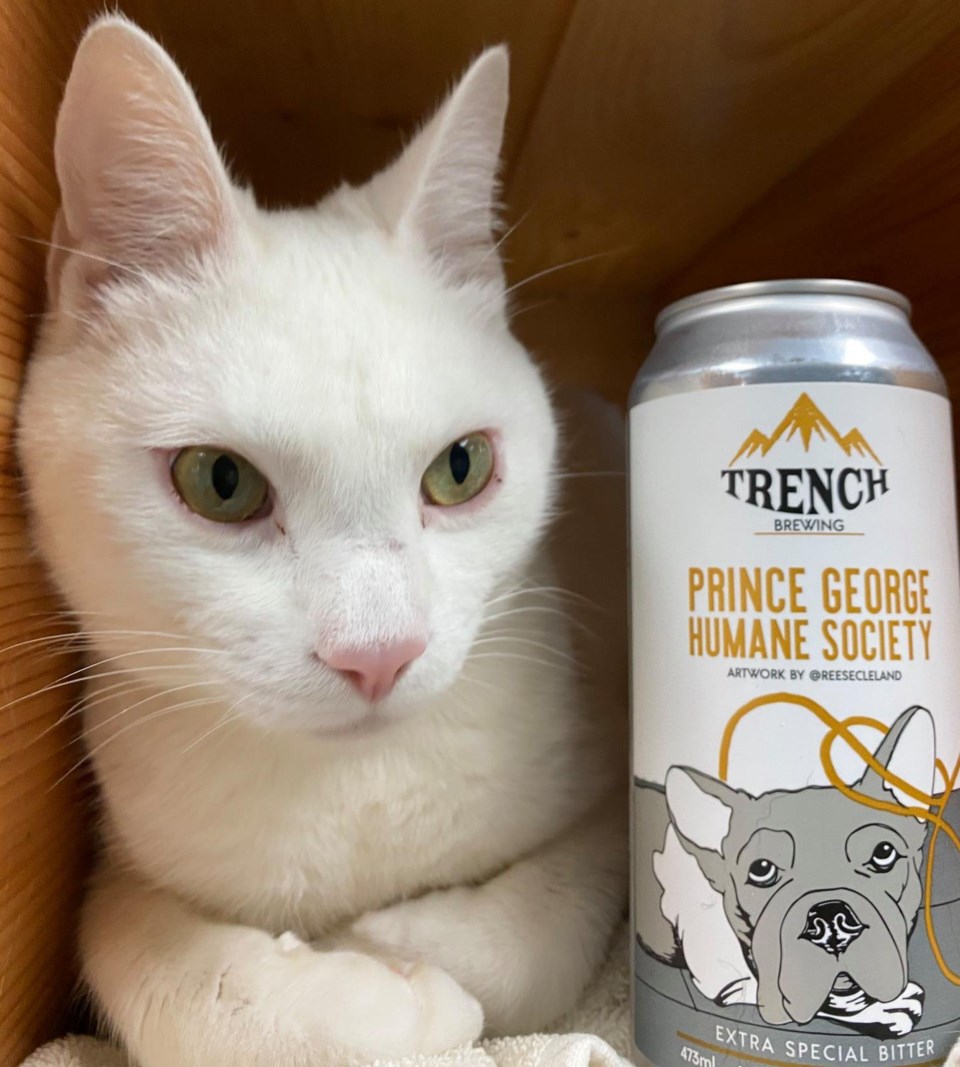 Prince George animals in need and local craft beer lovers have something new to celebrate.

Trench Brewing and the Prince George Humane Society have partnered to launch a 'Rescue Brew' as partial proceeds from its sales will go towards the ongoing care of the animals at the shelter.

“We had been working on a couple of small fundraisers with Trench and due to COVID we obviously had to cancel our fundraising events,” explains Executive Director Angela McLaren.

“So, due to COVID, we had to sit and think out of the box about how we were going to fundraise a little bit differently.”

McLaren says she then sat down with Bailey Hoefels, one of the co-owners of Trench, to come up with the idea of creating an exclusive brew that would benefit the organization.

“It just made sense to partner with someone that we knew to bring our projects to fruition and Trench automatically jumped on board.

“We’ve also made some changes to the shelter to implement new programs and we really thought this could bring some awareness to the organization and to the work we are doing in the shelter.”

The beer itself is an Extra Special Bitter brewed with premium English malt for the perfect traditional English ale experience.

“It’s the fall season so we wanted to do something a little bit different and a little bit more of a winter beer,” explains Hoefels.

“It’s one we hadn’t done on a big scale yet but we did a pilot brew of it and it was really well received.”

Hoefels says the whole team at Trench was really excited to partner with the Humane Society to create the new brew.

“All four owners of Trench and most of the team there are all big animal lovers so we made an effort to support local animal rescue organizations and with the pandemic taking away so many of their fundraising opportunities we weren’t able to do anything traditional so we thought we would switch it up and do something that fits our times right now.”

Partial proceeds from the sales of cans as well as pints of the Rescue Brew will go towards the Humane Society.

Trench is also hosting a fundraiser on Saturday (Oct. 17), where a portion of the proceeds from the sale of every pint on the menu will go towards the Humane Society.

“If people want to come down and have a beer they can know that whatever beer they order a portion of it will go towards the Humane Society,” adds Hoefels.

The Prince George Humane Society reopened its shelter in August, after making some adjustments to accommodate from COVID-19, but its regular fundraising events which, is the society’s main source of revenue, have been cancelled.

The Society rescues abused, neglected or abandoned animals and provides humane education to youth in the community.

“It’s organizations like Trench that keep the doors open and they keep showing us that this community is here to support the animals,” adds McLaren.

The new brew is available for purchase at Trench Brewing’s tasting room, located at 399 2 Ave., which is open from 11 a.m. until 9 p.m.