There have been more Prince George flights with COVID-19 exposure than originally discovered.

As per the BC Centre for Disease Control (BCCDC), the latest flight-exposure list (dated Sept. 4) shows a new total of five involving YXS, three of which happened in March.

The March flights are listed as follows:

It was originally thought the northern capital's first exposure was Air Canada Flight 8212 on Aug. 21 from Prince George to Vancouver with the second being Flair Air flight 8711 on Aug. 24 from Vancouver to Edmonton that stopped at YXS in between.

The BCCDC also updated the Flair flight with the reported rows affected now listed as 26-32.

Affected rows on the Aug. 21 Air Canada flight were six through 12. 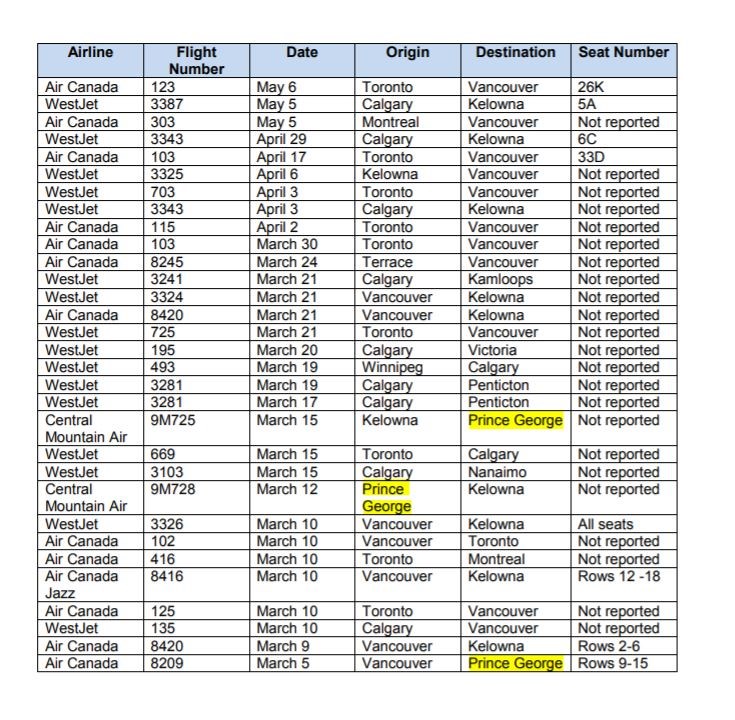