There's a contest for Canadian campers with outgoing personalities to audition for - the happy camper will take to the road for 40 days, traveling 4,000 miles and get paid $20,000 for their efforts. Hurry to enter to the get ultimate summer job.
Jun 22, 2021 9:06 AM By: Citizen staff 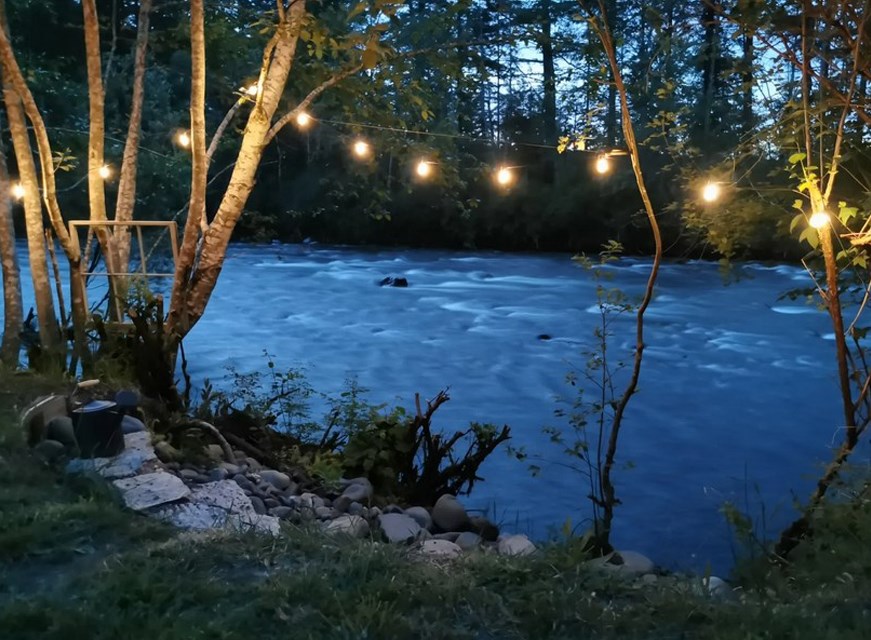 The Hideway Campground is near Campbell River on Vancouver Island and is one of the many listings found as part of Hipcamp's roster of places to camp in Canada.Hipcamp photo

During the pandemic it seemed the great outdoors was the safest place to be and as restrictions ease and bans on travel are lifted a job for nature lovers is on offer by a new-to-Canada company.

Hipcamp, the world’s largest provider of outdoor stays, is making a splash in Canada by offering one lucky outdoorsperson a chance to roam the country for 40 days, traveling 4,000 miles to camp and glamp it up and get paid to do it.

“We wanted to launch in in a big way,” Alyssa Ravasio, Hipcamp CEO, said. “We fell in love with the idea of offering one lucky Canadian the paid  opportunity to adventure across the country and experience some of the best outdoor stays has to offer.”

Blogging or vlogging is the mission for a bigger-than-life Canadian personality who will visit 20 of Hipcamps designated locations.

To get in on the fun Canadians who have reached the age of majority in their province or territory are asked to create a 90-second or less video and send it to https://canadasbestsummerjob.hipcamp.com.

Those who join in the fun then rally friends, family and their community for votes through their own social media avenues and those will be displayed online in the contest entry page.

On July 19 six top entrants will be chosen as finalists based on votes, creativity and technical ability. For a last push finalists will then be asked to go for more votes and appear in local media to entice their hometown residents to vote for them to be chosen for what Hipcamp is calling ’s Best Summer Job.

The contest closes July 26 and the winner is announced on August 2. A week later that person takes to the road for the ultimate 40-day Canadian camping adventure.

Food and travel expenses are covered with the ultimate payday coming by way of $20,000 for 40 days of work.

Hipcamp will pick the winner using the criteria with 40 per cent based on creativity, 40 per cent technical/on-camera ability and 20 per cent votes.

The sooner people get with their 90-second video entered the better the chance for their community to get their votes in when it counts.

Full contest rules and regulations can be found here in pdf form.