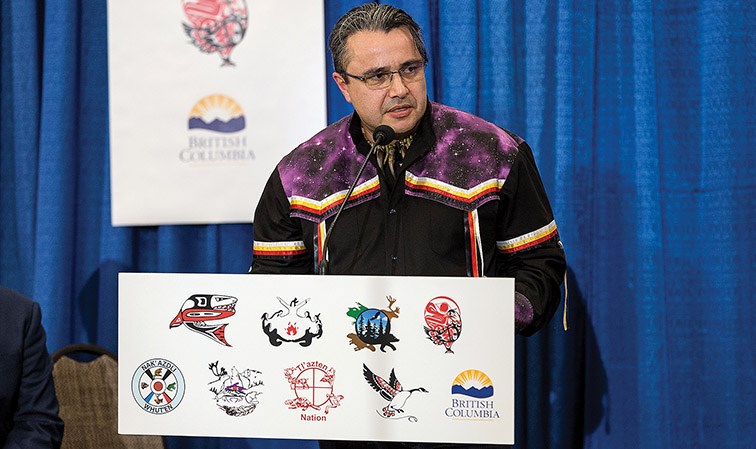 The Takla First Nation has budgeted $1 million to support its members during the coronavirus pandemic.

""We've built our own support system," Takla Nation Chief John French said. "Leadership has approved just under $1 million budget in conjunction with trying to see what we can recover from some of the other programs available to us. The $1 miilion is from our own resources to help membership and we came up with a whole formula to best do this and keep it fair among the members."

The Takla Nation, north of Fort St. James, has set up a hotline with a toll-free number for members to be able to reach out for help, he added.

"So any of the questions that are coming in regards to our own nation's support system, government programs or any other incentives or supports that may be out there from other organizations, this hotline is going to be able to help our members, especially our elders, to understand it or help them with applications for any support they may be seeking," French said in a phone interview.

"I think that's a great initiative that we've got."

It's been a challenge to plan for something that's never happened before, he added.

"We have a really great team and all the staff have stepped up to the plate to support one another."

Self isolation and practicing social distancing within an isolated close-knit community can present problems and French said getting the message across to residents on the Takla territory has been another challenge they are dealing with.

"I've seen on TV that we all seem to have the same struggle," French said. "Kudos to those who have taken all the precautionary measures, practicing social distancing and all that, however we have another group of people who seem to carry on as per normal and that's been challenging to try and get the message to people to take it seriously. I think that's one of our bigger challenges."

French said as a community they are putting more restrictions in place to protect the residents.

There are road checks in place to regulate those going into and out of Takla territory and non-residents are not permitted entry, he added.

"I know it just adds to the stress of the situation and they're just not used to this type of the thing but we're working through it," French said. "We need to protect our most vulnerable elders and infants."

A most recent heartbreak occurred when a beloved member of the Takla Nation passed away in Vancouver. Traditionally there is ceremony attached to that, with a potlatch where all gather to mourn together and comfort each other. Facetiming at a time of grief has been difficult.

Bringing the loved one home also presented a problem and it was difficult to tell those who wanted to come back to the territory to stay where they were for the time being, he added.

"I convinced the family to have a very small funeral in Prince George," French said. "That was a very difficult conversation to have."

There have been some coronavirus symptoms exhibited by some Takla First Nations people and testing has come back negative and while that's good news precautionary measures will continue to be taken, French said.

"The testing piece is a big challenge in Takla a little more but also in BC and Canada," he added. "It's the unknown that can present a problem. Getting results from testing - we've been hearing it takes anywhere from 72 hours up to 14 days to get some tests back - that's a big thing, right? By the time we confirm something the community would be at a large risk if the person is not practicing self isolation."

To keep communication open, French said he has been doing videos and posting them on their social media platforms as well as livestreaming that has seen a lot of engagement. The main message was to understand the coronavirus pandemic is a serious issue and preventative action needs to be taken.

"I've also been doing personal messaging with members," French said. "That's one of the most reliable sources for me out here."

The priority for the Takla Nation is to support its more than 800 members any way they need to be supported where ever they are located. There are about 130 members that reside on the traditional territory, the rest live in Prince George and other parts of the province and country.

French said he has retained his nation's language and that proves useful when addressing many of the elders who would rather hear first hand about all the supports available to them instead of trying to wade through all the paperwork.

"I think we've gotten to a point where we're covering all our bases and I feel pretty good about that," French said.