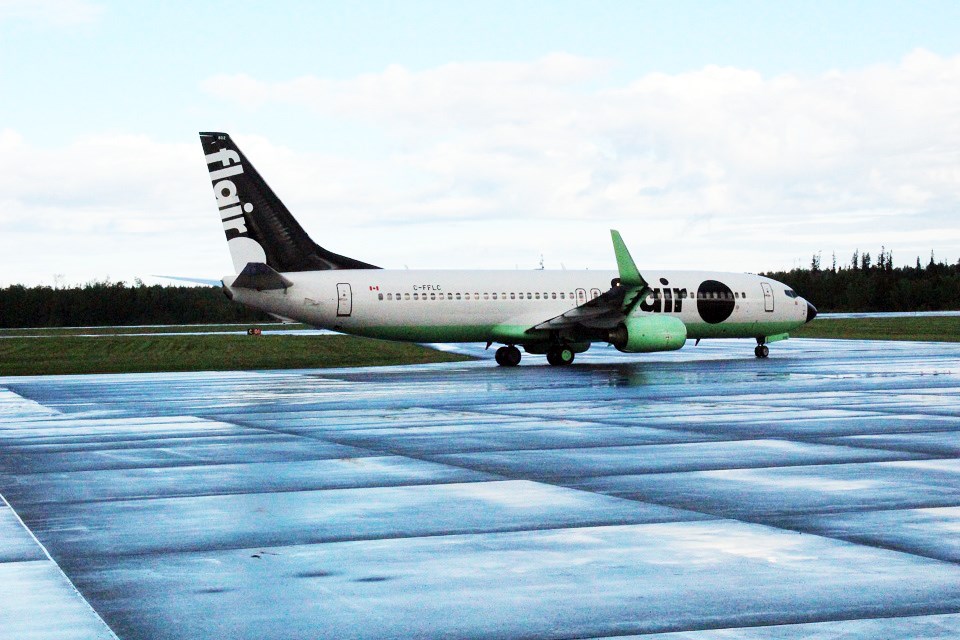 Another Prince George flight is being warned of COVID-19 exposure by the BC Centre for Disease Control (BCCDC).

This evening (Sept. 1), the BCCDC announced Flair Airlines flight 8711 on Aug. 24 from Vancouver to Edmonton has been affected.

The flight stopped at Prince George's airport in between the two destinations.

The affected rows, however, have not yet been reported.

Flair Airlines 8711 from Vancouver to Prince George, then again from YXS to Edmonton, has been reported as a COVID-19 exposed flight as of Aug. 24. (via BC Centre for Disease Control)

Rows six through 12 on that particular plane were affected.

There are 160 positive COVID-19 cases in Northern Health since March after six were added to the total today (Sept. 1).

Of those cases, 38 are active, four are in hospital, one in critical care and 122 have recovered.

#BREAKING Another Prince George flight has been listed by the BCCDC with COVID-19 exposure. Flair Airlines flight 8711 from Vancouver to Edmonton is affected. The flight stopped in #cityofpg between the two destinations #flairairlines #yxs #flight #covid19 #BCCDC