Prince George RCMP's superintendent has apologized to a former local woman for a constable's failure to refer her to victim services when he responded to a call of suspicious behaviour. In an Oct. 30 letter, Supt.
Nov 27, 2019 5:09 PM By: Mark Nielsen 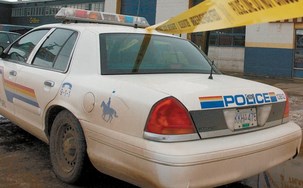 Prince George RCMP's superintendent has apologized to a former local woman for a constable's failure to refer her to victim services when he responded to a call of suspicious behaviour.

In an Oct. 30 letter, Supt. Shaun Wright agreed with Erin Bauman that the constable neglected his duty when he committed the oversight.

"On behalf of the RCMP, please accept my apology," Wright said in part.

"Operational guidance has been provided to him with a view to improving his performance in the future."

It was among a number of concerns Bauman raised following an Aug. 14, 2018 event. It began at about 5:30 a.m. when, as she was walking along Burden St. between Fifth and Third Avenues to meet a friend, she noticed a young man on a bike appearing to commit a robbery at her neighbour's home.

Soon after, Bauman said, a black SUV carrying two to four men followed her as she made her way to Watrous Park, a short walk to the north. As the SUV circled the park, she called RCMP and the constable and a partner arrived on the scene while other members started patrols of the area.

Later the same day, Bauman filed a complaint with the detachment, claiming, in part that, the constable failed to show understanding and compassion and failed to thoroughly investigate her complaint. On those counts, Wright disagreed.

He noted that in a followup interview with another RCMP member, the constable "stated that he could have come across as cold during this time, not because he was not insensitive to the issued, but rather due to the fact he was trying to gather more information as quickly as possible in order to assist the investigation."

Wright found the constable "acted in a professional manner" when he and his partner arrived on the scene shortly after the detachment received her call, attempted to get further details from Bauman and relayed them to the other members in the area.

On the matter of compassion, Wright said it is a difficult behaviour to assess, "unlike rude behaviour or use of force" and can be "shown in different ways by different members."

Wright said Bauman stated the constable was not rude to her, "but you believed that he should have been more compassionate when dealing with you," Wright said. "I am satisfied that he was professional with you and that he dealt with the investigation appropriately."

Wright also disagreed with Bauman's allegation that the constable showed an improper attitude when he called at 10 p.m. that night to apologize rather than do so face to face. Wright said he did not agree that 10 p.m. is late for most people.

"Further, that while it is always better to speak to an individual person, it is not always feasible to do so," he said.

Bauman was not satisfied with the outcome, claiming the constable had to be prompted three times to give his name, did not give a card or file number and, at one point, told her to "just go home and sleep it off."

She also claimed RCMP acted on her complaint only after taking it to local media in September 2018. Prince George RCMP Cpl. Craig Douglass disagreed, saying the detachment sought her out after seeing the story in the Citizen.

Bauman said she plans to pursue the matter through other avenues and provided a list of "actionable items" RCMP and other authorities should undertake.