Race to replace Scheer as Conservative leader could be crowded 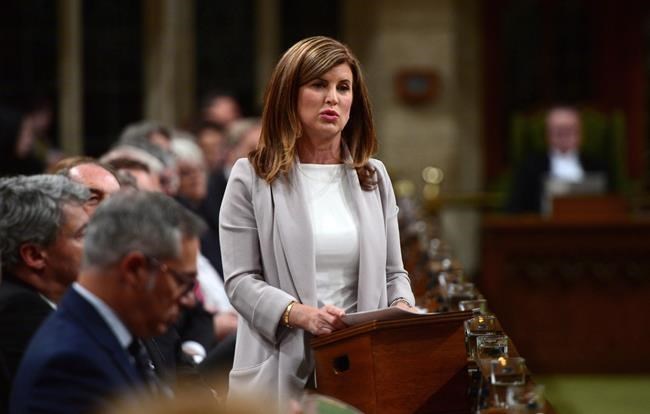 Moments after Andrew Scheer announced Thursday his intention to resign as Conservative party leader, speculation turned to who will replace him.

Two of his prominent rivals in the 2017 leadership contest, Maxime Bernier and Kevin O'Leary, quickly ruled themselves out. As did Alberta Premier Jason Kenney, Manitoba Premier Brian Pallister and Ontario Premier Doug Ford, all leaders of conservative provincial parties.

But there are plenty of others who could yet toss their hats in the ring. And that means the coming race could turn out to be every bit as crowded as 2017, when 13 contenders vied for the Tory crown. Scheer ultimately edged out Bernier by less than two per cent of the vote on the 13th and final ballot.

Bernier, who eventually quit the Conservatives to found his own party, says there's "zero chance" he'll take another stab at leading what he maintains is a "morally and intellectually corrupt" party. But other failed contenders from 2017 could try again and there could be a number of fresh faces as well.

Here's a look at some of the potential leadership candidates:

— Peter MacKay, the last leader of the Progressive Conservative party before it merged in 2003 with the Canadian Alliance to become today's Conservative party. He was variously minister of justice, foreign affairs and defence in Stephen Harper's governments from 2006 to 2015, when he retired from politics. He has been practising law in Toronto since then.

He declined to run for the leadership in 2017 but his name is almost always the first mentioned in speculation about successors to Scheer. MacKay has repeatedly professed to be wholeheartedly supportive of Scheer but he raised eyebrows recently when he said the Conservatives' failure to defeat Justin Trudeau's vulnerable Liberals on Oct. 21 "was like having a breakaway on an open net and missing the net."

— Rona Ambrose, a former Harper-era minister. She filled in as interim leader when Harper resigned after losing the 2015 election and her smart, tough performance was widely credited with keeping the Conservatives in the parliamentary game while the party engaged in a 18-month process to select a new permanent leader.

The Liberals admire Ambrose too. Trudeau tapped her to join an advisory group during tumultuous negotiations with the U.S. and Mexico on an overhaul of the North American Free Trade Agreement. There has been speculation in Liberal circles that Trudeau might appoint her as Canada's ambassador to Washington.

— James Moore, another former Harper-era cabinet minister. Moore was widely respected and considered future leadership material but chose to not to seek re-election in 2015 due to his young son's serious health challenges. He has been practising law in Vancouver since then. Moore was also a member of Trudeau's NAFTA advisory group.

— Brad Wall, former premier of Saskatchewan. He has long been cited as a potential national leader, despite declaring two years ago that he was done with politics.

— Erin O'Toole, former Harper-era minister and MP for the Ontario riding of Durham. O'Toole, considered a moderate, finished third in the 2017 leadership contest.

— Michael Chong, MP for the Ontario riding of Wellington-Halton Hills. He was briefly a minister in Harper's first cabinet but quit in protest against a government motion recognizing the Quebecois as a nation within a united Canada. In a departure from Conservative orthodoxy, he supported imposition of a carbon tax during the 2017 leadership contest, in which he finished fifth.

— Pierre Poilievre, former Harper-era minister and Ottawa MP. Poilievre has won a reputation as a hyper-partisan pit bull, someone who is willing to say or do whatever is necessary to score political points or take down an opponent. He has been one of the Conservatives' most effective communicators.

— Brad Trost, former MP. Trost, an ardent pro-lifer, finished fourth in the 2017 contest, largely on the strength of support from social conservatives. He helped determine the outcome of the race by throwing his support to Scheer. He subsequently became embroiled with the party over allegations that his campaign had leaked the party membership list to an outside group and eventually lost a nomination contest that would have entitled him to run for re-election this fall in his Saskatchewan riding.

— Caroline Mulroney, the Ontario government's transportation minister and daughter of former prime minister Brian Mulroney. When Patrick Brown abruptly resigned as Ontario's Progressive Conservative leader less than six months before the 2018 Ontario election, Mulroney was pressed to run for leader even though she had no political experience and had not yet been elected to the legislature. She finished third behind Ford and Christine Elliott.

— Any number of sitting MPs could be in the mix, including Michelle Rempel Garner, deputy leader Leona Alleslev, Steven Blaney and Stephanie Kusie.