A local hockey team is reminiscing one of the game’s trailblazers for Indigenous athletes and a moment that’s implanted in their memory.

In 2019, the Big Guy Lake Mohawks, a non-profit Indigenous hockey team based out of Prince George, was the only B.C. team out of 32 clubs invited to the ‘Chief Thunderstick’ National Championship in Saskatoon, which is named in honour of Fred Sasakamoose.

Though he suited up in just 11 games with the Chicago Blackhawks in the 1953-54 season, he was regarded as a pioneer for native players to make it to the NHL in a time when the game was predominantly white.

Mohawks’ tenured-coach Rick Kooses says getting to play in front of Sasakamoose and hundreds of fans was a real eye-opener physically and emotionally.

“Coming from a smaller community and going to a bigger stage, it really opened up a lot of eyes for our team,” he said in an interview with PrinceGeorgeMatters, noting that Sasakamoose addressed the teams in an opening ceremony.

“Not just the hockey too, but the whole aspect of going there, getting together, it was a very unique situation. [...] He just went on about pursuing your dreams, to have fun, and to keep the sport of hockey going alive and well in the Indigenous community.”

At age 86, Sasakamoose passed away in Prince Albert, Sask. on Tuesday (Nov. 24) after battling a presumed case of COVID-19 in hospital.

- with files from The Canadian Press

His death came as a shock to Kooses and members of the Mohawks, who are made up of north-central region athletes, primarily living in Prince George, Quesnel and Nak’azdli Whut’en.

“He’s just one of those guys that when you talk to him, you really gravitate toward him,” he recalled when meeting Sasakamoose and shaking his hand for the first time.

“He was such a gentle, soft-spoken man. When I chatted with him, we chatted for quite some time; he actually played in Vanderhoof and all he could remember was tough hockey and how much it snowed when he was here. That was pretty funny!”

Albeit a small connection to the Prince George area, Saskamoose played with the Vanderhoof Bears of the Cariboo Hockey League in the late 1960s and competed against the Prince George Mohawks, Quesnel Kangaroos and the Williams Lake Stampeders.

He was widely known for his killer slapshot to locals, fitting the 'Chief Thunderstick' nickname to the letter.

And while his passion on the ice carried him to the professional ranks before heading down to the senior leagues, Kooses believes his journey and purpose should never be forgotten.

“Being the trail-blazer for being Inidigneous in the NHL, it inspired native kids growing up to excel in hockey and in life itself,” the 49-year-old Quesnel resident said, who also played for the Prince George Spruce Kings from 1988 to 1991.

“I think, with the younger kids, you have to learn your history in what Fred went through and the hockey he went through. His career has opened up a lot of eyes for myself, in the youth and one of the things he shows is that if you put your mind to it, you can go ahead and pursue your dreams.” 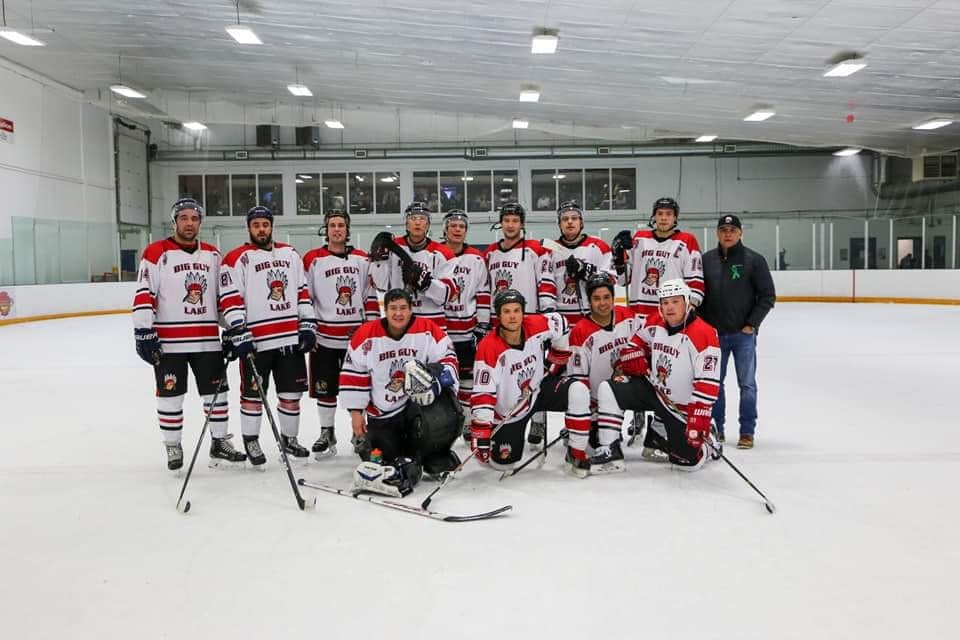 Sasakamoose was forcibly taken from his community in central Saskatchewan to a residential school as a child and told a Truth and Reconciliation Commission hearing in 2012 that he had been sexually abused by other students there.

He also recalled being whipped and having coal oil poured over his head.

While at the school he encountered a reverend, who was convinced he could make Sasakamoose into a big-time hockey player.

"He said to me, 'Freddie, I'm going to make you a champion,'" Sasakamoose recalled in a video released by Hockey Canada in 2017.

Being someone young Indigenous people could look up to was important to Sasakamoose.

"To pave the way for Indian kids and the Metis, they look at you as a role model and they say 'Wow.' They look at my rings and my pictures. This is what I gain in life. This is what brought me to where I am," he said in the video.

"It's for you now to follow in the footsteps — maybe be better."

Despite his short time in the NHL’s spotlight, which only consisted of the ‘Original Six’ but included sharing the same ice with the likes of Gordie Howe and Maurice Richard, Kooses thinks Sasakamoose deserves to have his name etched forever in hockey history.

“I 100 per cent think he totally does. He broke that barrier. He’s got my respect in my book for anyone that deserves a place in the Hockey Hall of Fame.

“[He] broke down a lot of barriers for a lot of minority groups who didn’t have the change to make it as far as he did. It opened up a lot of doors not only for the natives, but for any other minority group that wanted to pursue their dreams of being a [professional] hockey player.”

Kooses and the Big Guy Lake Mohawks were set to return for the 2020 edition of the Fred Sasakamoose ‘Chief Thunderstick’ National Championship back in April, but was cancelled as a result of COVID-19.