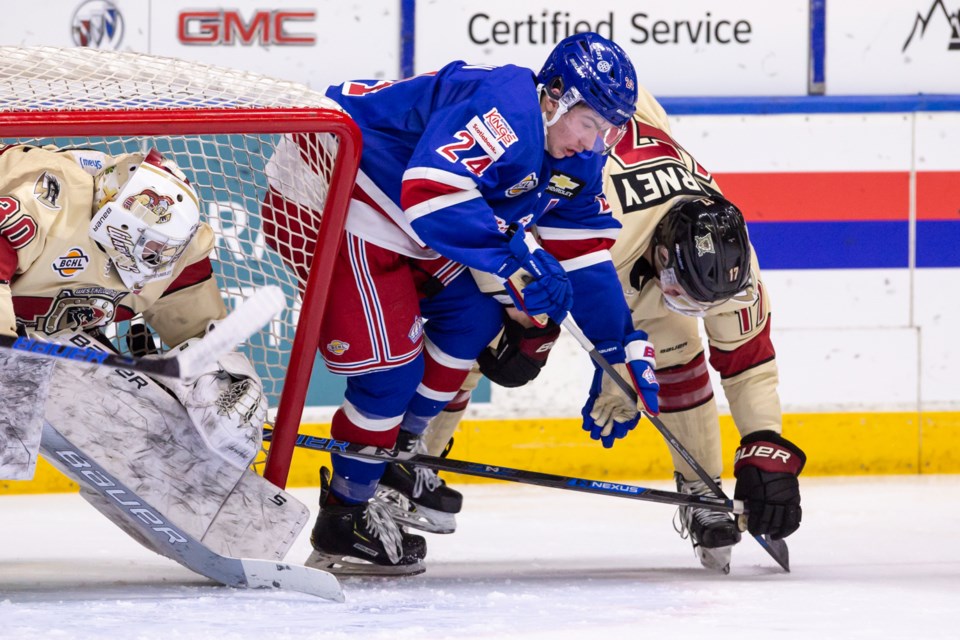 The Canadian Junior Hockey League (CJHL) has called upon a Prince George Spruce King to join the best of the best under one roof next month.

Nick Poisson has been added to the Team West roster for the 2020 CJHL Prospects Game in Hamilton, Ont. on Jan. 14, an annual showcase put together between the national governing body for Junior ‘A’ hockey, Hockey Canada and the NHL.

The 18-year-old will skate in front of professional scouts, coaches, general managers and other hockey representatives with the chance to up his stock as a potential draft pick in the summer, despite not being named to NHL Central Scouting’s Players to Watch list in October.

The Vancouver product currently leads the Spruce Kings over the holiday break with 19 assists and 32 points in 34 games this season.

The alternate captain and Providence College commit also has 13 goals, including two from the final game of 2019 on Dec. 22 in a 5-4 overtime win over the Rivermen in Langley and is fifth in the BCHL with five total game-winners on the year thus far.

Poisson also courts the CJHL Prospects Game with international experience after representing Team Canada West at the 2019 World Junior ‘A’ Challenge back in November in Dawson Creek.

He is replacing Chilliwack Chiefs’ Ethan Bowen at the national showcase, currently listed on the team’s injured reserve and not able to compete.

Poisson’s addition marks the second consecutive year a Prince George Spruce King has participated in the contest as Layton Ahac suited up for Team West a year ago.