A banner year: Our top Prince George sports stories of 2019

Whether you’re a die-hard fan or just an everyday observer, it was hard not to notice 2019’s sporting accomplishments in Prince George.

This past year, we’ve covered all kinds of sports!

From basketball, soccer, hockey and lacrosse to volleyball, baseball, gymnastics and roller derby, we witnessed break-out performances from local athletes showing strength, passion and dedication to being the best they can be.

We’ve compiled a list of five memorable moments in Prince George sports from 2019 chosen by you, our loyal readers, based on online stats (ranked in no particular order).

The Spruce Kings went fought all the way to the finish, reaching the National Junior ‘A’ Championship final in Brooks, Alta., ultimately losing to the host-Bandits, but along the way, they picked up their first B.C. Hockey League title, the Fred Page Cup, and regional championship, the Doyle Cup.

Neaton and defenceman Layton Ahac were also drafted into the NHL in the summer as part of the first community-owned BCHL team to win a provincial banner.

The Lady T-Wolves were dominant on the court this year, making history for UNBC athletics at the highest level of university sport.

After posting a program-best 11-9 regular-season record, the women’s basketball team rebounded a last second shot from the Trinity Western Spartans for its first Canada West playoff victory since joining the conference in 2012.

In the regular season, UNBC forward Vasiliki Louka became the women’s all-time leader in points, rebounds and blocks, and led Canada West in rebounds with 12.7 per game and recorded 18 double-doubles.

Breaking two personal records in the process, Tara Webber stuck gold at the World Powerlifting Organization Super Finals in Chicago to claim her stake as the new ‘World’s Strongest Woman.’

The X-Conditioning trainer is said to be the first Canadian to ever win that title after squatting 727 pounds, deadlifting 529 and bench-pressing 335.

Her accomplishment was nationally-televised on ESPN in the U.S. 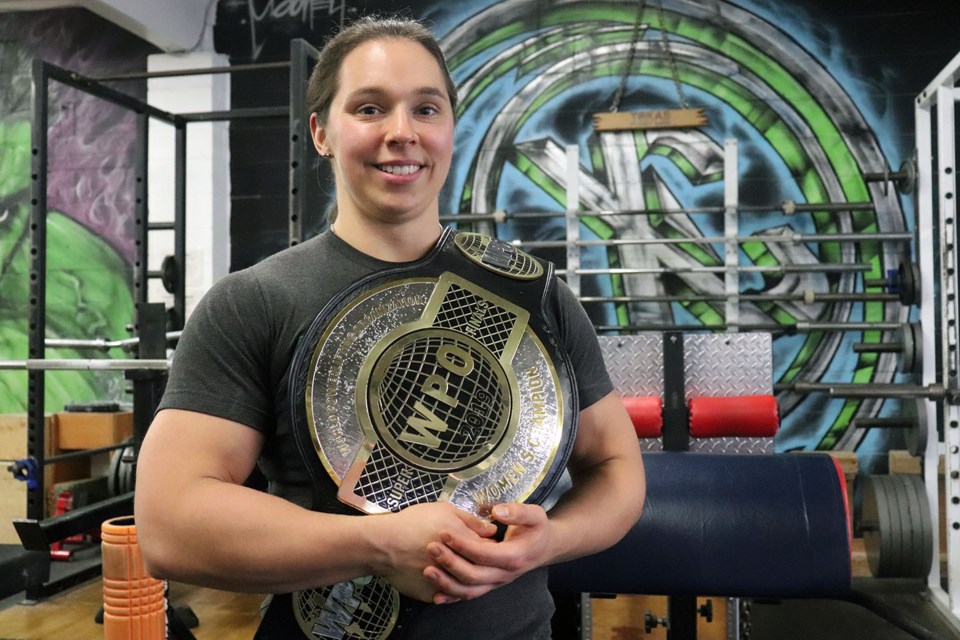 This Special Olympian had a very special celebration in Abu Dhabi back in March.

Prince George bowler Linda Mary Renner got to the top of the podium twice, which included a gold in her women’s singles division as the oldest 10-pin contestant at age 56.

Renner brought home three medals from her second appearance at a World Summer Games; the other two, a gold and a silver, came in team play.

It took Brad Orser five years to plan the Dirty Fingers Fall Shocker Slo-pitch Tournament in Prince George, but it all paid off as 12 teams were able to raise thousands fo dollars for local kids in hospital.

The dedicated weekend for UNBC’s pediatric ward was especially meaningful to Orser as he lost his own daughter in 2014 to a defected heart, which plunged him into an ‘active addiction.’

Needless to say Prince George’s generosity went above and beyond his expectations.

- with files from Jess Fedigan, PrinceGeorgeMatters