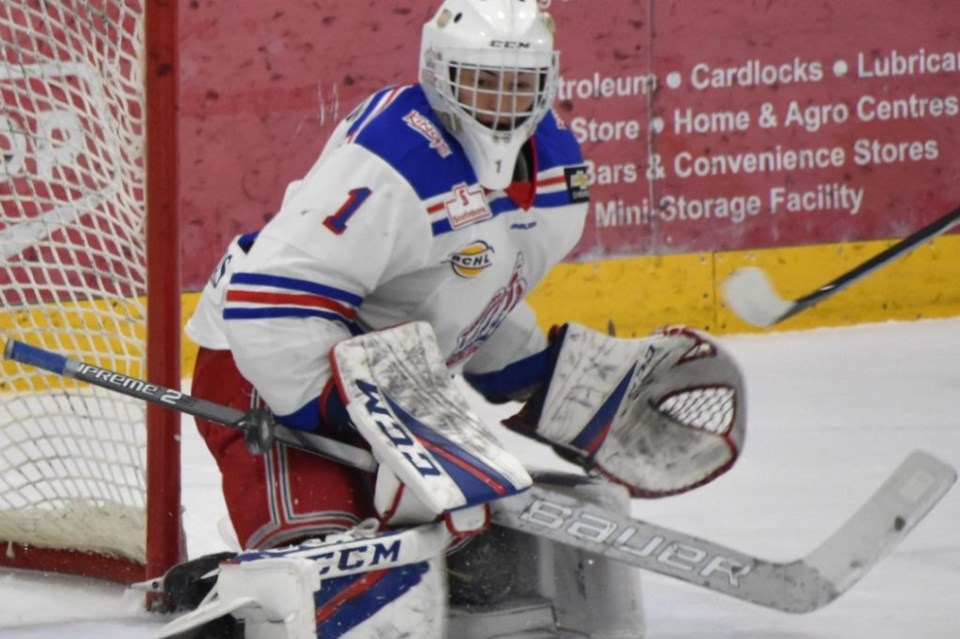 Not bad for a B.C. Hockey League (BCHL) rookie.

Prince George Spruce Kings goaltender Logan Neaton has set a new franchise record for most wins in a single season after lifting his team over the Langley Rivermen 4-1 on Monday (Feb. 4).

The victory is the 27th for the 19-year-old’s first season in the BCHL.

He surpasses Evan DeBrouwer, who accumulated 26 wins last year with the Spruce Kings before earning a spot in the Fred Page Cup Finals.

During Monday’s clash in Langley, Patrick Cozzi managed to record a three-point night (one goal, two assists), including the game-winner late in the second period.

Prince George improves to 32-12-1-5, five points back of the Mainland Division-leading Chilliwack Chiefs with eight games left in the regular season.