Prince George has three new additions to its list of historic properties. 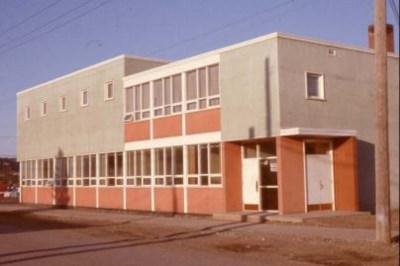 The Hillard Clare Masonic Hall in the 1950s. (via Trelle Morrow)
The heritage register is an official list of properties with heritage value. For each property on the list, the heritage commission writes a statement of significance detailing the architectural value and historical information about the property.

A total of 13 properties have been added to the list since it was created in 2007.

The three new additions include the Howieson Residence at 2688 Inlander Street, Hilliard Clare Masonic Hall at 480 Vancouver Street and the Professional Building at 1705 Third Avenue.

“The heritage registry doesn’t offer legal protection but it does allow us to have that conversation and alert us to the value of the properties,” said city planner Tristian Deveau to council.

“It’s an official list of historical resources and through the statement of significance provides a record of the building’s history.”

The heritage commission is appointed by council and is made up of nine volunteers, who have an interest in the protection of heritage values in Prince George, and they identify and research properties that could be added to the register. 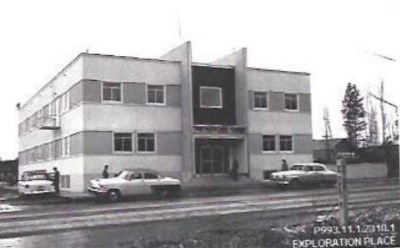 The Professional Building in the 1950s. (via The Exploration Place)

The historical significance the group has identified for the three new properties is as follows:

This house was built in 1912 and is located in South Fort George on the south end of Inlander Street overlooking the Fraser River. The house is one of only three or four that can be attributed to pre-WWI construction in the area. It was built by William Howieson, who was a cabinet maker and carpenter. The house retains many of the original finishes including doorknobs and window mouldings.

This was built in 1955 and was formerly known as the Prince George Masonic Hall. The heritage value lies in the modern style architecture which is exemplified through detailing on the building, the exterior stucco finishes and window patterns which provide a sense of functional differentiation. The building was also renamed after Hillard Clare who worked at Northern Hardware and was the worshipful master of the Masonic Hall.

This was the first office building in Prince George catering exclusively to a professional clientele. It was built in 1953 and was designed to have formal and high-quality finishes including the main entrance facade and the terrazzo stair finishes to the lower level.

To learn more about the buildings on the Prince George heritage register, you can find out more on the city's website.