A live-pro wrestling event coming to Prince George is not only set to be an action-packed evening but will raise awareness and funds for the Northern B.C. Crisis Centre.

Growing up a diehard wrestling fan, Prince George’s Paul English was among the first to sign up at 15 years old when he learned a pro training wrestling camp was being established in Prince George in 2000.

He was a natural between the ropes, adopting the ring name “Prime Time” Franky Styles, and had his hand-raised for the Maniac Wrestling Alliance Ironman Tournament in 2001.

Over the next several years, he delighted audiences and won championships.

His trainer, Stuart Brown, was crushed to learn that during the pandemic pause, the former teen sensation of northern B.C. had taken his own life.

Brown was crushed that a northerner who had been so colourful and had brought joy to so many had himself fallen into despair and perished in May 2021 at just 35 years old.

Still mourning his friends passing, Brown wanted to do more than just issue ‘hopes and prayers’ that something like this won’t happen again.

Instead he’s rallied a troop of wrestlers, among them include some of the wrestlers to tour with English on his last tour, to both celebrate his life and his love of professional wrestling and to raise awareness and support for community resources in Prince George.

Appearing for the doubleheader event on Oct. 14 and 15 at the House of Ancestors includes Prince George’s Brice Sova (aka The Slammer), The Mauler, and former Kitimat resident Michael May.

They are joined by ‘Mr. Beefy Goodness’ Vance Nevada, ‘Cheetahbear’ Jude Dawkings, Bobby Sharp and others for a two-night tournament, renamed the “Prime Time” tournament in honour of English.

Advance tickets are available at the Scrapbook Zone at 3899 18th Avenue and will also be available at the door and net proceeds from the event will go to the Crisis, Prevention, Intervention and Information Centre.

Anyone who feels like they need help can contact the Northern B.C. Crisis Line at 1-888-562-1214 at any time for a safe, confidential and non-judgemental space to discuss anything troubling you. 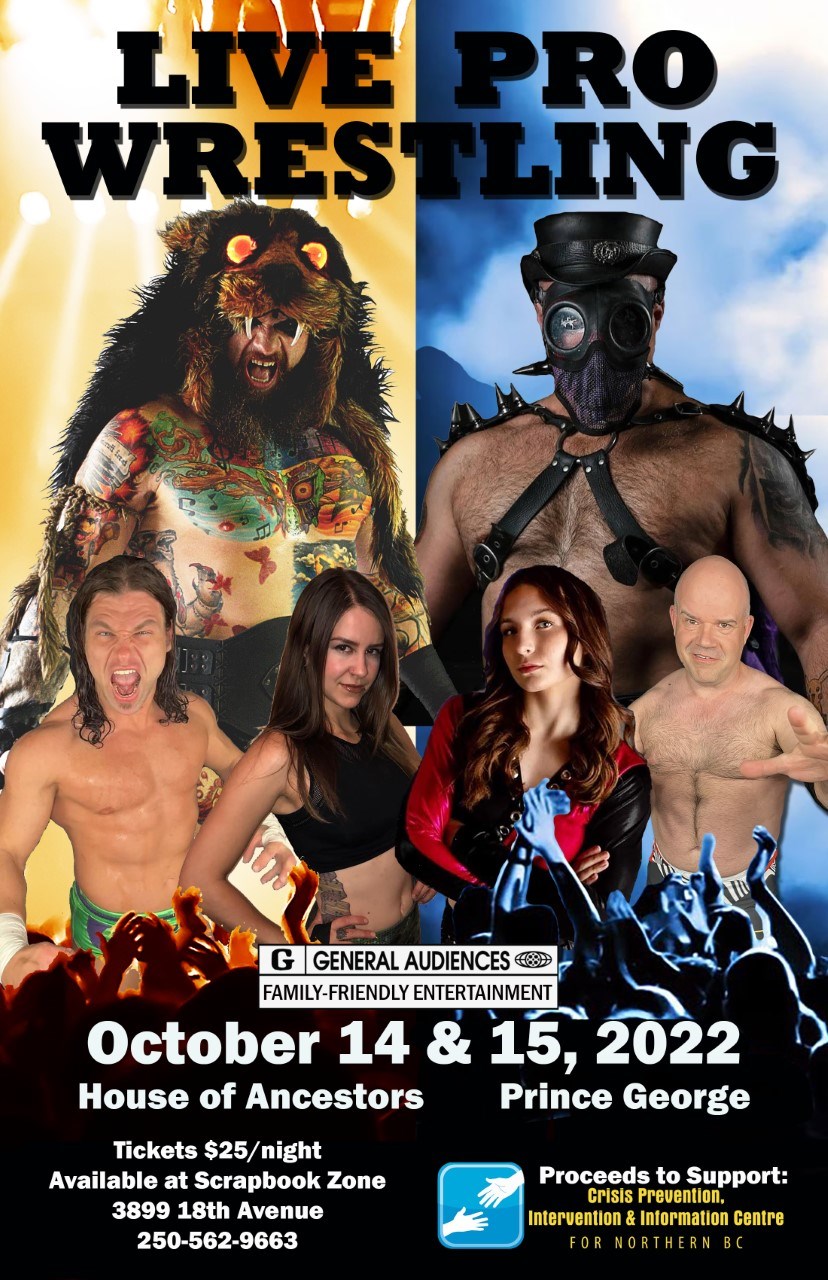