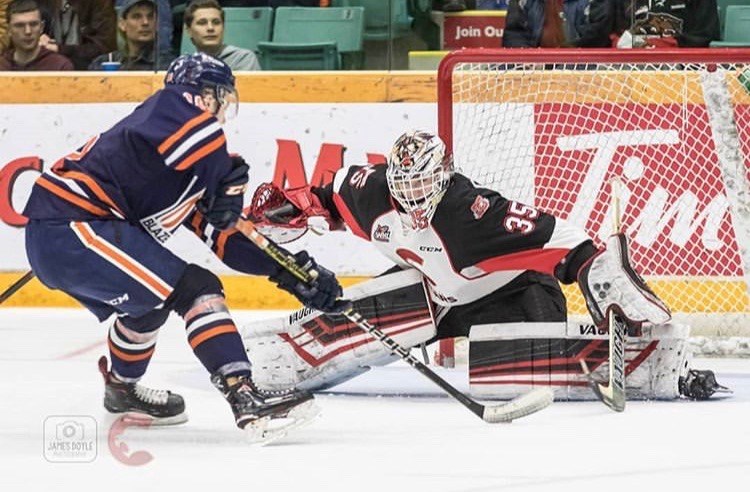 He may not have been drafted, but Taylor Gauthier is still earning his right to show NHL teams what they missed this past summer.

The Prince George Cougar is one of three goaltenders selected by the Bruins to represent Boston at the 2019 NHL Prospects Challenge later this week.

The four-team exhibition tournament is hosted by the Buffalo Sabres and also includes the best rookies from the Pittsburgh Penguins and New Jersey Devils.

The 18-year-old is shortlisted by the original six franchise to wear the black and gold sweater for the event and is the only netminder on the roster on an invite basis.

Thank you @nhlbruins for a great week!

Gauthier was also flown out to ‘Beantown’ in late June on another invitation for the team’s development camp after being passed over at the 2019 NHL Draft in Vancouver.

The Calgary, Alta. product had 15 wins in 55 starts with the Cougars last season, while also gaining experience at the international level in earning three wins in four games for Team Canada at the 2019 World Under-18 Hockey Championships in Sweden.

He also had the highest squat jump at the NHL Scouting Combine ahead of the draft at 23.19 metres.

In total, Gauthier is one of eight players the Bruins are inviting to play on its 28-man roster in addition to 20 current Boston prospects and rookies.

On Sept. 20, he’s expected to get the starting role as Prince George opens its 2019-20 Western Hockey League (WHL) season on home ice against the Vancouver Giants.