Prince George Cougars on the wrong end of shutout against Giants 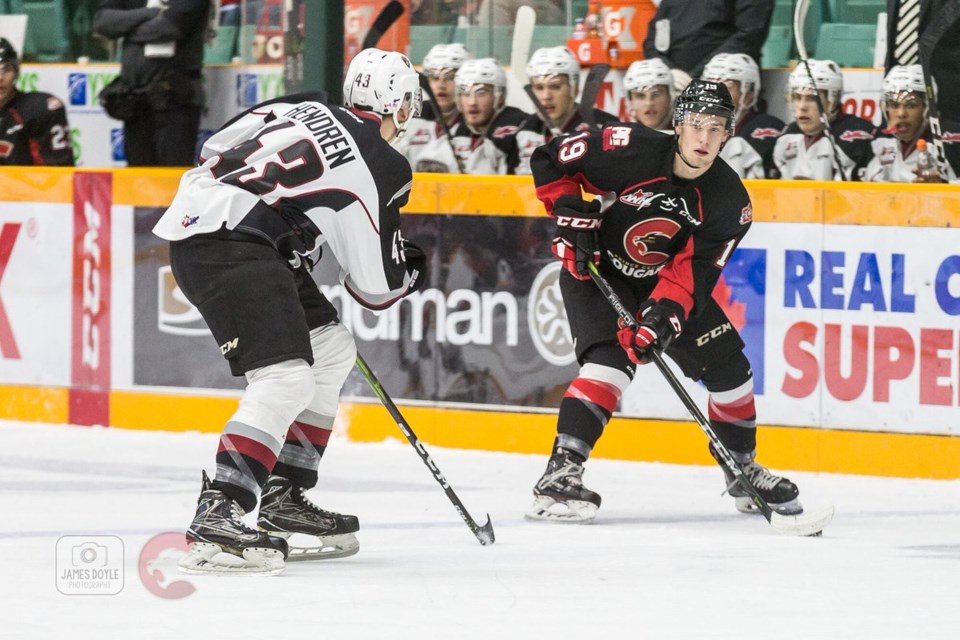 The Prince George Cougars came out with a loss against the Vancouver Giants on Friday night (Oct. 5).

In the first of a short two-game series at home against the Giants on Thanksgiving weekend, Vancouver was in a festive mood after a 3-0 shutout (their second consecutive after beating Kelowna 5-0 on Oct. 3) at the CN Centre.

Chalk up the W! The boys win the first night out in PG pic.twitter.com/gjtdI5KDPS

The first period saw no goals scored and just two interference penalties, one for the Cougars' Rhett Rhinehart and Kaleb Bulych also took one for the Giants.

The second was once again the same as the first, no goals but three penalties. Vancouver's Ty Ettinger went to the box for roughing, Bowen Byram for hooking and Rhinehart got his second interference call of the night.

The third period is where things turned chippy. Seven penalties were dished out in the final frame as well as three goals from Vancouver in the first ten minutes.

Five minutes in Owen Hardy would score the game-winner with his second goal of the season, assisted by James Malm.

Justin Sourdif would also add his second of the season and the insurance goal two minute later with assists from Milos Roman and Brayden Watts.

Lukas Svejkovsky would tally his first goal of the season unassisted on the power play to put the game out of reach at 3-0.

Rhinehart would take his third penalty of the game for cross-checking.

With five minutes left in the third, Prince George's Reid Perepeluk received a five-minute major for charging as well as a game misconduct while Bulych would take a two-minute minor for roughing.

Vancouver finished 1-of-3 on the power play while Prince George finished 0-for-2.

First star of the game was Vancouver netminder David Tendeck. Second star was awarded to Hardy, while the third star went to Prince George's Tyson Upper.

Tendeck stopped 24 shots for the shutout while Taylor Gauthier stopped 22 of 25.

📺 Highlights: We're biased, but this is our favourite from last night. | #NorthernUprising