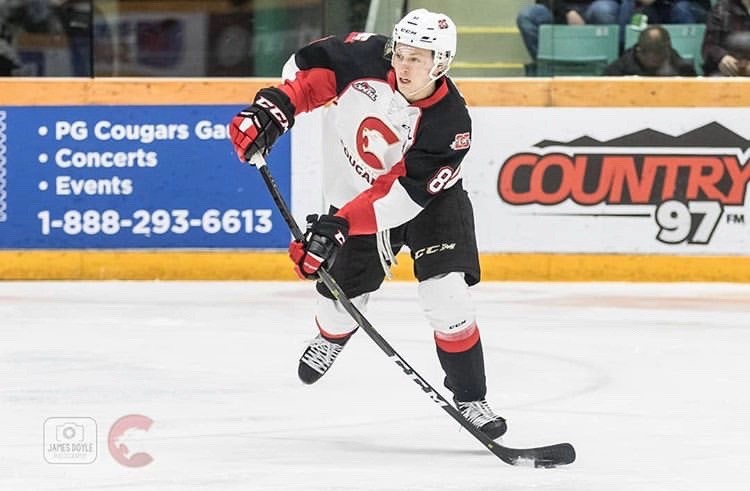 A penalty shot awarded to the Prince George Cougars in the second period Saturday afternoon (Sept. 14) kept them alive in their final tune-up before the start of the 2019-20 season.

Jackson Leppard converted on the opportunity with 57 seconds left in the frame to make it a 1-1 tie in Dawson Creek, finding a gap between the legs of Edmonton goaltender Dylan Myskiw.

The second game in the exhibition series at the Encana Events Centre would ultimately tip the way of the Oil Kings, who only needed 36 seconds in overtime to take a 2-1 victory.

Goaltender Taylor Gauthier stopped 37 of 39 shots in his first pre-season appearance after spending most of his time with the Boston Bruins.

Both Oil King goals he let by were on power-plays; Riley Sawchuk got the first goal 7:47 into the opening frame while Cats’ import Filip Koffer took a penalty with 24 seconds left in regulation that carried over into the extra period.

Prince George allowed eight goals in two games against Edmonton this weekend, six of which came while they were down a man.

The Cougars got 41 shots against the Oil Kings and end their pre-season with no wins in five games (0-4-1-0).

Rosters are set to be finalized soon as the new Western Hockey League (WHL) season starts next week.

Prince George welcomes the Vancouver Giants to the CN Centre for a doubleheader Friday (Sept. 20) and Saturday (Sept. 21), both with 7 p.m. puck-drops.