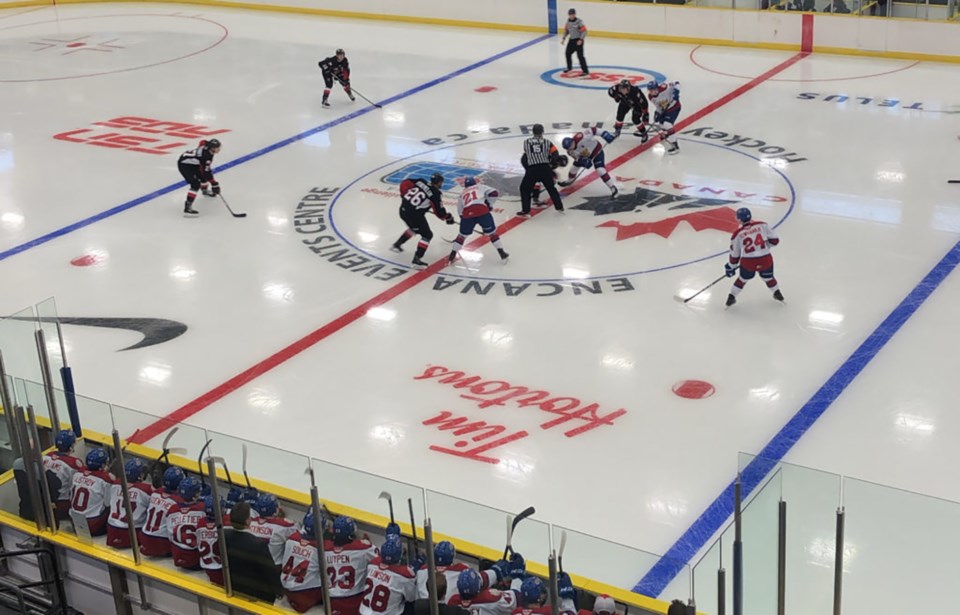 Instead, the team’s first-ever game in Dawson Creek went the way of the Edmonton Oil Kings, handing the Cats their fourth pre-season loss with a 6-1 final score.

Prince George went to the penalty kill nine times in the contest and allowed four goals while down a man for the second game in a row after letting Kelowna go four-and-nine (4/9) on Sunday (Sept. 8) as well.

Goaltender Tyler Brennan let six pucks get by him, but also recorded 40 saves.

The Cougars got 33 shots against Edmonton, but it was Czech Republic import Filip Koffer finding the back of the net, converting on a breakaway in the second period to score his first goal on North American ice.

Six times Prince George had a power-play to try and gain momentum, but couldn’t light a lamp.

They are now 0-4 with one pre-season game left before General Manager and Head Coach Mark Lamb makes his final cuts and the 2019-20 regular season begins.

The Cougars and Oil Kings will meet each other once again in the confines of the Encana Events Centre on Saturday afternoon (Sept. 14) at 1 p.m.

The season starts for Prince George on home ice at the CN Centre next Friday (Sept. 20), 7 p.m. against the Vancouver Giants.