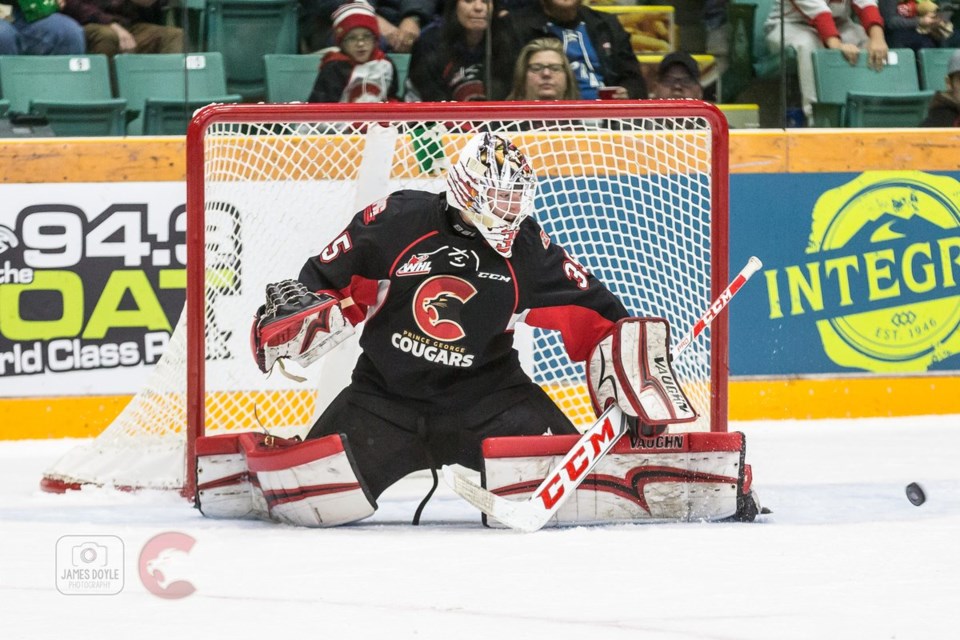 The Prince George Cougars are in for a tough weekend series when the Vancouver Giants come to town this weekend (Oct. 5 and 6).

Prince George is coming off a 5-2 loss against the Kelowna Rockets last weekend at home while Vancouver is coming in with a 5-0 win against the Rockets in Kelowna.

The Giants currently sit second in the B.C. Division standings with a 4-1-0-0 record. The Victoria Royals still own the top spot with an undefeated record of 4-0-0-0. Both teams are tied with eight points.

Giants win BIG! A hatty by @jamesmalm14 🎩🎩🎩 helps give the G-men the W in the first game on this road trip! #BeAGiant pic.twitter.com/T6Nhi36Fvw

The Prince George Cougars sit last in the division with a 2-2-0-1 record. So far in the 2018-19 season, the Cougars have allowed 16 goals against while scoring 11 themselves.

Vancouver, meanwhile, has netted 17 goals while only allowing nine which could make it a tough series offensively for the Cougars.

Players to watch, in the battle of the centres

James Malm comes in with eight points already for the campaign and leads the WHL in goals scored. The Langley, B.C. native has seven goals and one assist. He also sits at a +4 and is averaging 1.60 points per game in five contests this year.

Malm was named the first start of WHL games on Oct. 3 after recording his second career WHL hat trick.

Ethan Browne comes into this weekend's contest with a team-leading four points with two goals and two assists. He also sits at +4 on the year in five games played.

The 17-year-old will look to provide an offensive spark for the home side.