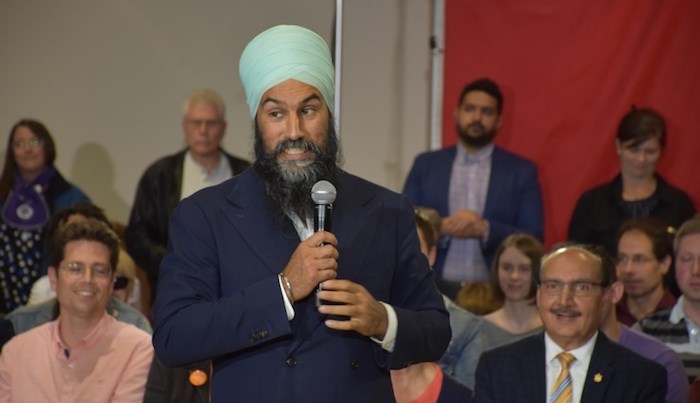 I’m not sure when Jagmeet Singh updated his Twitter bio, but it caught my eye recently.

Singh, the Burnaby South MP and federal leader of the NDP, is riding high this week after a convincing performance during the leaders' debate on Monday.

Singh not only delivered zingers with ferocity, he effectively communicated his party’s strategy on multiple issues.

When listening to commentators and pundits discuss Singh’s performance, I noticed how many people were mispronouncing his name.

As Singh says in his bio, it’s “Jug-meet (like hug) –MEET” and not “Jag” like you are talking about a Jaguar vehicle.

I know this because I was corrected months ago by Burnaby Now reporter Kelvin Gawley, who has been covering Singh ever since before the February federal byelection in Burnaby South. I had always heard it wrong on TV or radio.

Singh obviously has noticed too because, as I said, he has updated his Twitter bio to this. More media people need to start getting Singh’s name right. He’s a national leader and the first racialized person to ever run for a major party in a Canadian federal election. It’s insulting that so many media are still getting it wrong.

So let’s all get it right.

Chris Campbell is the editor of the New West Record and Burnaby Now newspapers, sister publications of KamloopsMatters.