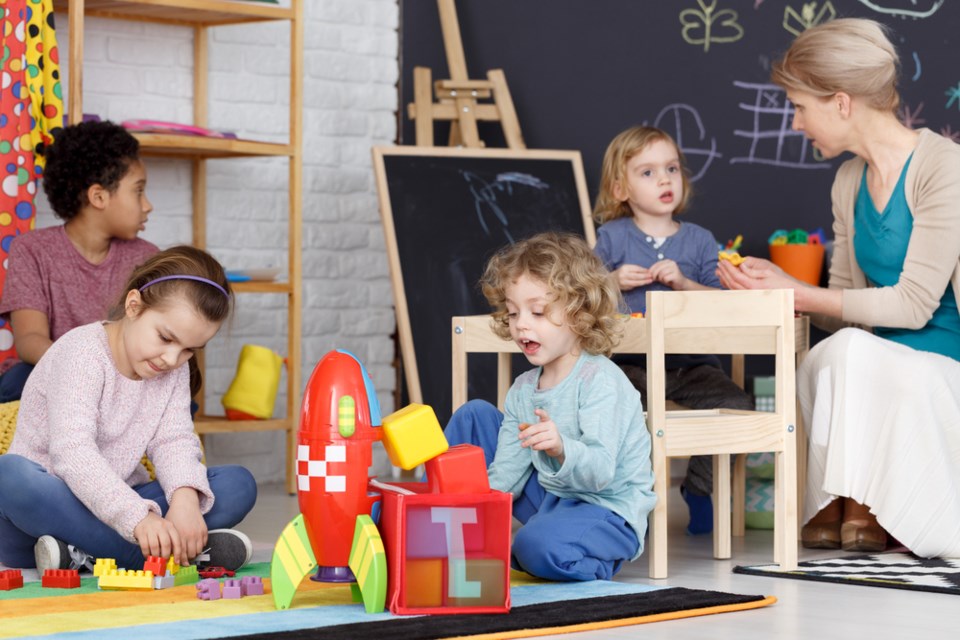 An NDP government would spend $10 billion over the next four years to create 500,000 new child-care spaces in Canada, leader Jagmeet Singh said Monday, with the goal of offering free services for some parents.

Singh said prices would be capped at $10 a day and build on a similar program in Quebec as well as a pilot project that started last year in British Columbia.

"Our goal is to get to universality, which is no cost for families that can't afford it and low cost, like a $10-a-day cost, for those who can to make it affordable and make it accessible by 2030," he said at a Vancouver day-care centre that offers $10-a-day care.

"We know this is bold and ambitious but it has to be done," Singh said, adding the program would be enshrined in law so child care is available across the country, in urban, remote and rural areas.

That legislation would include provisions for training new child-care workers and ensuring they are paid "a decent and quality salary to recognize the importance of the work they're doing," he said.

Morna Ballantyne, executive director of the national advocacy group Child Care Now, said the federal government has a crucial role to play in the provision of child care regardless of where families live.

"It's well understood that if you have a good child-care program in place that's actually affordable then parents can stay in the workforce and pay taxes and that helps to grow the economy," Ballantyne said.

She said Quebec has two child-care programs — one that is publicly funded and costs between $7 and $20 a day, depending on household income, and another that charges market rates and allows parents to claim tax credits.

However, Ballantyne said most parents opt for the second choice only because enough publicly funded spaces are not available.

Compared with the other federal parties' child-care proposals, Ballantyne said only the New Democrats' plan includes training of early child-care workers whose low wages and poor benefits often force them to leave their jobs, creating a "crisis" in the system.

Singh repeatedly attacked the record of Liberal Leader Justin Trudeau, who he said "walked away" from families in need of child-care support.

The Liberals made a promise to help Canadians access affordable child-care 26 years ago but haven't delivered, he said.

It was the NDP campaign's seventh straight day in British Columbia, where Singh has made several regionally focused announcements.

He said B.C. is important to him because of its national significance and large population and his own seat in Burnaby.

"We see a lot of amazing opportunities here in B.C.," he said, adding the campaign will move back east soon to Quebec and Ontario.

As for his party's near-tie in the polls with the Greens, Singh said he's not concerned that any New Democrat seats may be at risk.